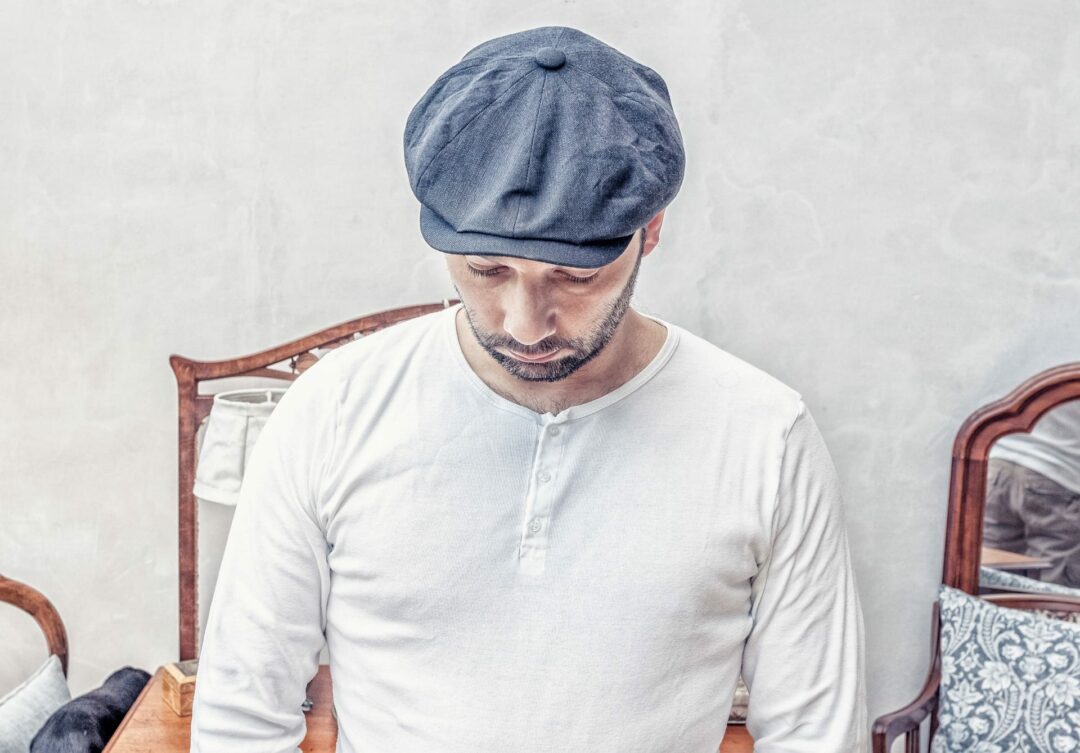 March 17 brings out the boyos.

In the midst of the celebration of St. Patrick’s Day, one can observe there are more than a few men sporting a particular hat reminiscent of the style featured on the BBC show “Peaky Blinders.” But, there’s more to it than the show.

The wedge-shaped hat that peaks at the back and slopes down to the brim is a classic style first popular in the waning days of the Victorian Age. People call it by different names. Peaky, poor boy, driver, ivy, newsboy — there are subtle variations that make them different, but look similar enough that people often interchange the names. Steampunk, which dwells within the same turn of the century period, has helped bring it back en vogue. That’s why some have taken to calling them “hipster” hats.

“I’ve worn this style of cap almost every day since high school,” said Justin Cook. “I’ve got a couple different styles. My favorite is the Donegal Touring Cap. But, I have a Hanna, Boston Scally and a Peaky.” Albany Symphony’s marketing manager said he was introduced to the style in junior high school, after attending a masterclass with Nick Brignola. The late saxophonist was known to wear a similar style. “It’s a sleek, cool and sophisticated style. You can wear it with jeans or a suit.”

The versatile look of the hat allows it to be worn with suits. Cillian Murphy’s character on Peaky Blinders is never without his flat cap as he walks the streets of Birmingham, England in his three-piece suit. Just as “Mad Men” influenced the two-piece suit trend in professional attire, the BBC show has influenced several hat makers like Boston Scally Co. in Pennsylvania to market a hat named after the show. It’s helped casual wear to lean towards a more mature look by deviating from the youthful baseball cap.

“Regular baseball caps never suited my face,” said Jeff Nania, who dons the flat hat when he’s not on stage playing his saxophone for Hartley’s Encore. “I just like the way it feels and looks. Simple as that. I will say I find it funny when people assume I am of Irish stock when I have no Irish in me.”

Newsboy caps are not exclusive to Irish heritage, though for a long time you were more apt to find a hat in that style only in novelty stores. My first hat came from such a store more than a decade ago. Like the 33 million Americans who can draw their family lines to the Emerald Island, the Hallisey family claims the County of Cork as its homeland and I wanted to find something from home.

Jim Gilbert often walks around Nippertown in a tweed ivy cap. It’s for practical reasons, except when he’s forced to take it off while he’s snapping off photos of musicians at local venues. It’s also to honor his family’s past.

“I am mostly English and Irish,” said Gilbert, who writes and captures photos for the afformentioned website. “My dad wore one, my grandfather, and so forth. I think they are comfortable: warm in winter, the right amount of protection from the sun in summer.

Now, the Irish are said to have the gift of gab and take great enjoyment over a good craic. It has to be entertaining, otherwise you won’t remember it. There’s some hyperbole interjected. After all, what’s a good fish story without “the one that got away.” For me, I was hooked by the storekeeper educating me on the handcrafted Hanna Hat from the County of Donegal. How, Mr. Hanna stitches each hat by hand despite failing eyesight that’s now limited to his peripheral vision. I imagined Mr. Hanna sewing each of the panels together with his head cocked to the side as I handed over my money. Never let the facts get in the way of a good story.

Hats were a ubiquitous article of clothing in the early 20th century. Men and women did not leave the house without a hat; something that wouldn’t change until a young Irish Catholic from Massachusetts ran for president in 1960. Hollywood has a way of influencing fashion. I, for one, have always been a hat person and can admit James Garner taught me a thing or two about wearing one in “Murphy’s Romance.”

The man who played the old Western gambling man Bret Maverick from 1957 to 1962 knows how to wear a cowboy hat. In the 1985 film, in which he earned an Academy Award nomination, Garner shared how a hat can speak for a man: push the brim back off from your face to show that you’re approachable, pull it just over your eyes to warn people off, and if you wear it cocked to the side, well, you’re a joker.

“My story started when I needed a prop for a music video. At the time I was still searching for a look that I could go with and would fit in with the band’s sound,” said Chris Brant, of C.K. & The Rising Tide. The Americana rock band is fronted by Curtis Flach, a poet of sorts in the ilk of a young Bob Dylan. “I thought the hat would work perfectly. [I] have never looked back.”

Considering the flat hat’s long lineage, it’s likely to stay around longer than a young man’s affinity towards the IPA. You can retire the hipster jokes, because more people like This Strange Paradise’s Zane Agnew reach down their family trees to find something tangible from the distant past.

“I just bought my first one in Ireland,” said Agnew, while visiting. “My great great great grandfather — I think that’s right — John McHugh stowed away on a ship and came to American from Ireland in the late 1800’s.”