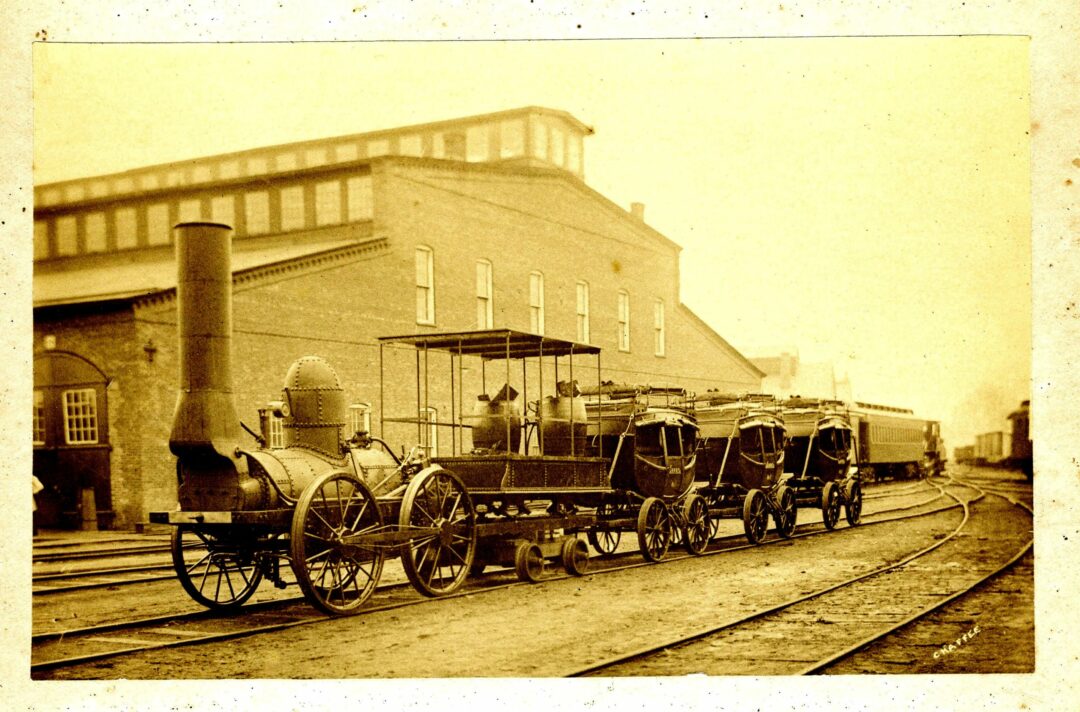 Once a vital corridor for railroad transportation, Railroad Avenue continues to be important for local business. Colonie Historian

COLONIE — You might be familiar with Railroad Avenue as the road you used to take to the bygone discount movie theatre that was within a stone’s throw of the Northway, where Lowe’s and BJ’s now stand.

It’s also one of the roads you can take to the Northway Shopping Center off of Central Avenue. And it’s an industrial avenue lined with warehouses, a gym, a Coca Cola distribution warehouse, and a furniture showroom/warehouse.

But, long before all of this, Railroad Avenue was – shockingly- home to a railroad.

The railroad line in this corridor, which straddles the town of Colonie and the town of Guilderland, was a New York Central Railroad project, said Colonie historian Kevin Franklin.

The first portion of the Railroad Avenue development was likely in 1939, according to town assessor documents. Town maps of the area show portions of the original location of the line of the Mohawk & Hudson River Railroad, the first railroad established between Albany to Schenectady.

“The railroad line is where the famous engine the ‘Dewitt Clinton’ chugged its way along the tracks at an astounding 12 miles per hour,” observed Franklin.

The “Dewitt Clinton” was the first steam locomotive to operate in the state of New York and the fourth built for service in the U.S.

Franklin noted that there would have been steam engines in the 1930s that would evolve into diesel-electric engines into the 1940s and 1950s.

There must be something in the water because, generations later, the area around Railroad Avenue is once again at the top of the game for technology of the day. The corridor is practically in the shadow of the State University of New York at Albany and the SUNY Polytechnic Institute’s College of Nanoscale Science and Engineering (SUNY Poly).

It’s partially because of the proximity to these institutions and the Harriman State Office Campus that a transportation and revitalization plan was put together about a decade ago for the Railroad Avenue area which is mostly zoned for industrial and commercial type uses. The plan also leverages the location with nearby I-87, I-90, and Route 5.

The revitalization plan was put together in collaboration with the town of Guilderland, the county of Albany, the Capital District Transportation Committee, and the town of Colonie for the approximately two miles long avenue which, generally, follows an east-west route.

Around the time of this plan, the Railroad Avenue area was identified as a focus area for the expanded Empire Zone program and, under the program, 10 businesses were certified and made about $8 million in capital investments. At one point, an action program included an item to explore the desirability and feasibility of locating a new rail station in the vicinity of the state campus on the west side of Albany.

A 2010 review determined that there were 625 eastbound and 600 westbound vehicles in the weekday evening peak hour on Railroad Avenue at the intersection with Fuller Road.

Railroads may or may not be completely in the past for this corridor.

There are still some abandoned rails in the median of the avenue with even more tracks not far from the road. And that ever-elusive High-Speed rail was at one point discussed to potentially go through this corridor as well.

The Railroad Avenue area revitalization plan, which lays out the long-range vision for the corridor for what could happen over the next 20 years, also talks about railroad track rehab and removals. Officials reached in the town of Colonie’s Planning and Economic Development department, along with the county of Albany, said the revitalization plan pre-dates the current leadership. There do not appear to be any current projects on Railroad Avenue from this plan.

But, no matter what happens with the development of the area, the Colonie town historian is now considering a historic marker indicating the original route of the Mohawk & Hudson Railroad in the area of present day Railroad Avenue. Franklin said there is more to research and discuss, but a sign is a possibility.

Once a vital corridor for railroad transportation, Railroad Avenue continues to be important for local business. Colonie Historian

Last piece of Skylane Motel slated for demolition on Wednesday