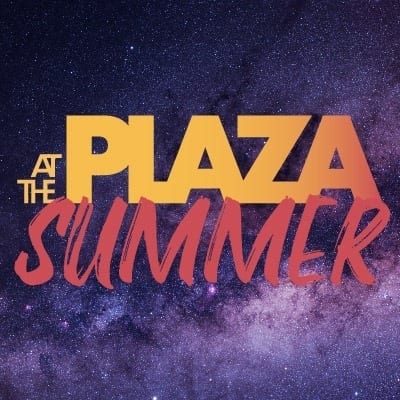 Thursday, July 4: Dennis DeYoung and the Music of Styx (Fourth of July Celebration) — 3 to 10 p.m.

Dennis DeYoung is an American musician, singer-songwriter and producer who is best known for his years as a member of Styx. He was the primary lead singer and keyboardist of the group from 1970 to 1999. DeYoung holds more songwriting credits for Styx songs than any other member, including “Babe,” “Come Sail Away,” “Mr. Roboto” and “Show Me The Way,” amongst others.

Beat Bugs is an animated children’s cartoon series that features the music of The Beatles. With a theme song of “All You Need Is Love,” Beat Bugs are here to bring iconic music and a powerful message to its viewers.

The Wallflowers are an American rock band formed in 1989. Founded by lead singer Jakob Dylan and former guitarist Tobi Miller, the group is synonymous with its 1996 hit album Bringing Down the Horse, which featured hit songs “One Headlight” and “6th Avenue Heartache.”  The Wallflowers has won two Grammy awards and is featured in Rolling Stone’s 100 Greatest Pop Songs.

Stephen Marley is also known as Ragamuffin, but the name that does not change is his last — Marley is the son of celebrated musician Bob Marley. Stephen Marley has won eight Grammy awards for his on-point reggae catalog. He has self-produced four albums, including his hit Revelation Pt. 1: The Root of Life, and his musical creativity has been compared to that of Prince and Stevie Wonder.

Eric Paslay is an American country singer and songwriter. Born in Texas, the star is known for his hits “Friday Night,” “She Don’t Love You” and “Song About A Girl.” Paslay has also achieved notoriety for his impressive songwriting skills, having written music for many country artists and collaborating with Amy Grant, amongst others.

Mya is an American singer, songwriter, actress and producer. She appeared on BET’s “Teen Summit” before signing to Interscope Records in 1996 and releasing her eponymous album in 1998. The album netted her a top-10 hit, “It’s All About Me.” She also competed on season nine of “Dancing With The Stars,” coming in second place.

Setzer, a “musician’s musician,” is a three-time Grammy winner who is credited for reviving two musical genres. He has sold 13 million records, had several top-10 hits and appeared in “La Bamba” as rockabilly pioneer Eddie Cochran. Setzer also has the honor of being one of few musicians animated for a “The Simpson’s” episode.

The dynamic duo, formed in 1985, is comprised of Cheryl James, Sandra Denton and Deidra Roper. Known for their smash hit “Push It,” they’ve achieved global success and have appeared in various television campaigns. Their album Hot, Cool and Vicious sold over 1 million albums worldwide.

The Dawg Trio is no shortage of talent, hosting famed bluegrass musician David Grisman. Grisman is known as a pioneering, legendary artist who has contributed a life time’s worth of achievements to the bluegrass genre. Grisman will perform with his son, Samson, and banjo virtuoso Danny Barnes.

American singer and songwriter Toby Love is known for his unique style of “bachata” singing, which combines traditional and urban singing and production. In 2008, Love received four nominations at the Billboard Latino Music Awards for his 2006 EP, Toby Love. He won two awards.

Parking is available at the V-lot, Cathedral Lot, Madison Avenue Lot, Grand Street Lot and Elk Street Surface Lot. Parking might incur a fee depending on the lot. The Plaza is also accessible through public transportation.

Embarking on the Heart Walk