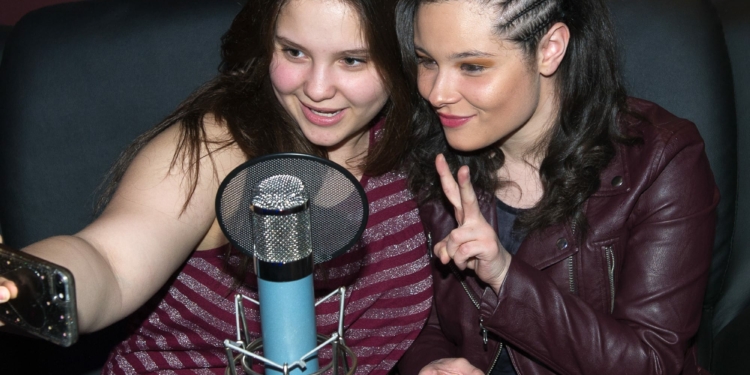 ALBANY — Local music superstars Moriah Formica and Madison VanDenburg will headline their own show at the Times Union Center on Friday, June 28.

The musicians, 18 and 17 respectively, have made waves on “The Voice” and “American Idol.” VanDenburg recently came in third place on “American Idol,” garnering praise for her powerful vocals and comparisons to Kelly Clarkson, the winner of the popular show’s first season. Formica, who competed on “The Voice” in 2017 and was slighted a place in the live shows, has toured the nation with her band, scoring performances with rock legends like Joan Jett and Lzzy Hale.

“This is just a showcase of the incredible talent we have in the area and of those who have competed on television,” Formica’s father and manager, Josh Formica, said. “We’ve been working on doing something like this for a while and now that Madison is finished with ‘Idol,’ it’s the perfect time to let the girls shine for their hometown fans.”

Opening for Formica and VanDenburg is Delaney, another “Voice” contestant from a previous season. The Queensbury native wowed the judges with her renditions of songs like Kesha’s “Praying” and Shawn Mendes’ “In My Blood.”

This will be the teens’ first headliner at the Times Union Center, a place where both have aspired to play for years.

“The fact that my first show at the Times Union Center is playing alongside my best friend is absolutely insane,” Formica said. “I never thought we’d be lucky enough to do this together.”

VanDenburg agreed. Despite her busy schedule immediately off the heels of “Idol,” she’s in full gear and getting ready for the show.

“I’ve never played in an arena like that,” she said. “I’m so excited to get back with my band after these few months and see what we do.

“Moriah and I have been waiting for this for years,” VanDenburg said. “We’re excited, nervous, but most of all, we’re ready.”

Information on tickets will be released shortly. This story will be updated as more information is available.

SPOTTED: Bethlehem beats Guilderland; will take on Shen in the semis