REVIEW: Jocelyn & Chris Arndt’s ‘The Fun in the Fight’ 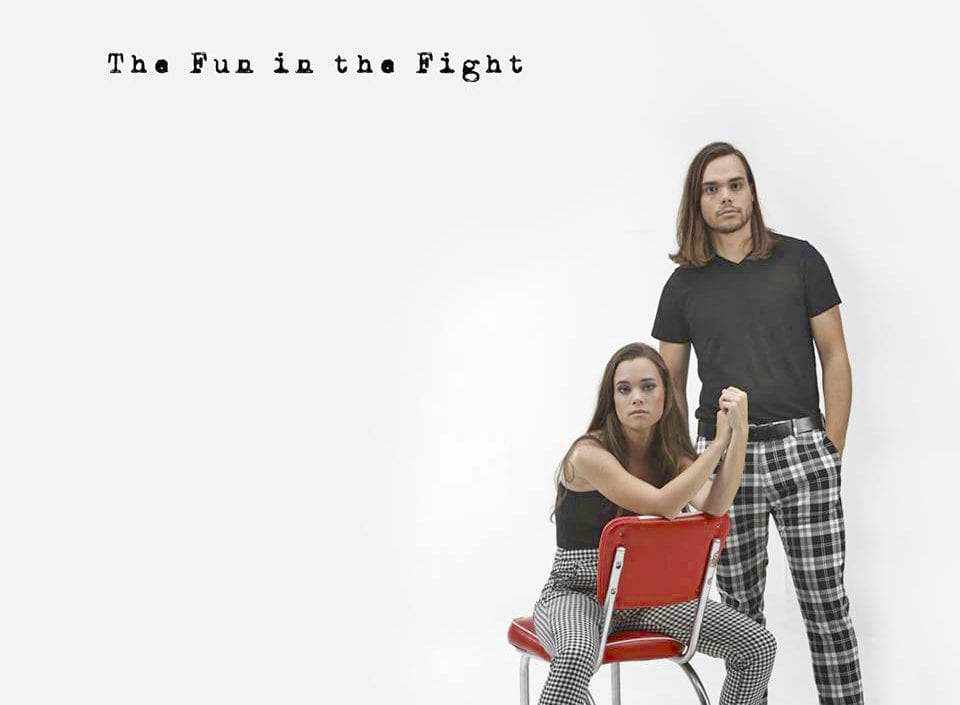 Jocelyn and Chris broke into Billboard’s Top 40 in the Adult Album Alternative chart with “Red Stops Traffic,” the third single off the band’s 2017 release “Go.” The album as a whole was Jocelyn and Chris’ most successful release. It peaked at No. 2 on the Relix Jamband Top 30, and it stayed there for three straight months. Perhaps what’s most notable about the album is that it was produced while Chris was still attending Harvard.

The Jocelyn and Chris team chase radio play. It involves networking, sending tapes, exchanging phone calls and logging in the miles between the more than 120 radio stations that fall under the AAA format. When “Outta My Head” debuted with Parade Magazine last November, David Bourgeois, the band’s manager at Bridge Road Entertainment, said it caught the attention of different radio stations. And, that’s exactly the point they’re trying to make.

“The Fun in the Fight,” promises to be a venture that will take the band into new territory. It’s debut track “Outta My Head” starts off with Jocelyn singing over Chris’ bluesy guitar riffs, but it then turns into something different. It swiftly progresses into a layered, contemporary production; uptempo and hook-focused. It is the most commercial-leaning song the two have yet to produce. And, that’s just the beginning. Other songs within the 11-track album suggest Jocelyn and Chris could take aim at alternative radio in addition to the AAA and jamband genres they are accustom to playing.

The album’s opening track sets the table for Jocelyn and Chris’ styling of a new generation of classic rock featuring Danny Louis of Govt’ Mule. “Witness” is a love letter to all the artists that have influenced the sister-brother duo since they were young children. A powerful guitar riff leads bread crumbs to a lyrical homage to Ozzy Osbourne, Prince, Pink Floyd and more.

Any given live Jocelyn and Chris performance is defined by both power and energy, and “Kill in the Cure” may best capture that. It’s a controlled burn with emotional vocals from Jocelyn and metronomic guitar play from Chris. It’s an appropriate segue to “Outta My Head,” which within itself, beautifully progresses from Jocelyn’s lyrics to a craftily layered track worthy of its debut status.

Chris plays a mean blues guitar and it stands out on a track that also features Beau Sasser on the Hammond Organ. The two are paired well on this darkly powerful, midtempo groove.

“Don’t Hang Up” is a stop-and-listen track. Dark lyrics reveal one side of an intimate phone conversation from someone desperate and contrite. Jocelyn’s voice is front and center in a ballad that lingers on through the next track. A stark contrast to “Problematic,” which follows with a pure rock riff.

“Be That as it May” is an all-out jam that features Vulpeck’s Cory Wong at lead guitar and Louis again, this time on the Hammond. It starts slow and busts out into a stomping, danceable track. “Original” is yet another track that’s going to get you up and moving.

“Things I’ll Never Know” is a retro ballad that, again, reveals the roots to Jocelyn and Chris’ influences. More organ in the back, allowing Jocelyn to take the listener to church on this love song.

The album ends on two, fun tracks in “The Western” and “Weatherman.” “The Western” is a story, as one would imagine, with pistols and a climactic duel, complete with a trumpet that will place you into the middle of a spaghetti western. The flute play in “The Weatherman” accentuates yet another retro track that harkens back to the wistful ballads of Linda Ronstadt and Dan Fogelberg that dominated radio play in the 70s.

Jocelyn and Chris Arndt have shown some versatility, and “The Fun in the Fight” showcases an effort that should help push the band out in front of different audiences. It’s a road map of where the two have been over the past several years, and it shows where they plan on going from here. Should you be one of those who has not yet picked up on this duo, pick this up.