‘On Your Feet!’, the hit Broadway musical, opens tonight at Proctors 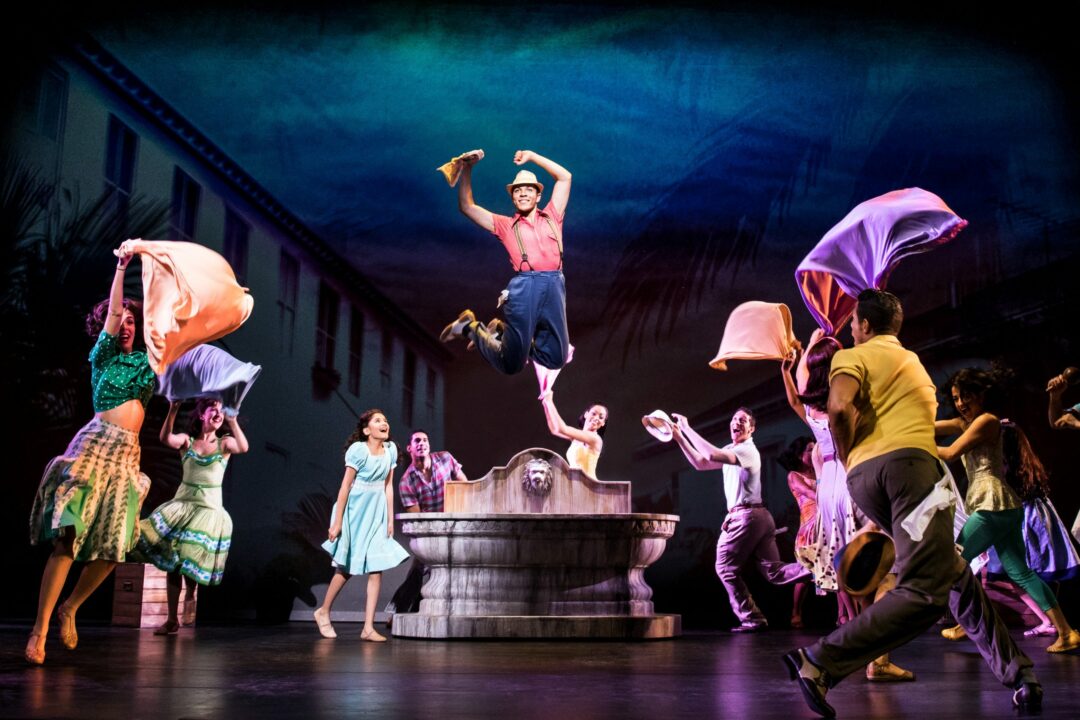 SCHENECTADY — “On Your Feet!”, the jukebox musical based on the life stories of Gloria and Emilio Estefan, was a hit on Broadway and it opens a five-day run tonight, Wednesday, May 30, at Proctors in Schenectady as part of its national tour.

This latest production is more than just another visit by a Jerry Mitchell directed musical. It’s a stop by a unique troupe comprised predominantly of Latin performers that celebrates a culture seldom portrayed on stage.

In a 2015 interview with Dance Magazine, “On Your Feet!” choreographer Sergio Trujillo described his efforts to bring authenticity to the stage. That involved visiting Cuba, the Estefan’s homeland. There, he surrounded himself within the community, observing dance in the the country’s dance halls and on the streets. The attention to detail was not missed by veteran Broadway actress Doreen Montalvo, who plays Gloria’s mother, Gloria Fajardo.

“In the movement of this piece, there are so much authentic Cuban moments,” said Montalvo. She describes a “magical” number in Act II accompanied by the song “Cuba Libre,” which she describes as the “11 o’clock tap number.” Ironically, it is not a tap number, she said. However, there is the clacking sound from each dancer as they perform in chapaletas, or wooden slippers.

“Literally, that’s one of those things Sergio picked up from the streets of Havana and brought to our show,” said Montalvo.

Montalvo said she can associate with the musical’s storyline. The character she plays, she said, is her own mother. Like Gloria, her pursuit of a career in theatre was not well received by her mother when she decided to leave her New York City home. She drew from that experience while portraying the character in lab workshops prior to the musical’s opening on Broadway. She was part of the original Broadway cast as part of its ensemble. She now returns to the national tour to play out her dream in her first principle role.

Montalvo said she was immediately struck by the details in “On Your Feet!”

“Being a little kid growing up in theatre, I never saw my people being represented as a whole on the stage,” said Montalvo, who is of Puerto Rican heritage. “We saw West Side Story, and little things here and there. But, to see an entire culture

represented on a Broadway stage, a Latin culture — not just Cuban — I’m so filled with pride every single night.”

First bursting onto Top-40 radio formats with the Miami Sound Machine in 1985, Gloria Estefan sold more than 100 million records and sold out stadiums around the world, while on her way to earning seven Grammy Awards. Her husband, Emilio, a lauded producer and musician himself, has 19 Grammy Awards. The story covers, not just the Estefan’s storied rise within the music scene, but their lives and the struggles that impacted both of their careers.

Montalvo recalls how her sister Mildred introduced her to Gloria Estefan’s music while the two were growing up. Miami Sound Machine had been playing well back into the ’70s, and Gloria Estefan could be seen singing at weddings before a swell of Latin-themed music was pushed by the popularity of “Scarface” and “Miami Vice” in the mid ’80s. Each touched upon the life within Cuban communities in Southern Florida, and mainstream America wanted more.

When Mildred learned that her sister was going to be in the musical, Doreen said she grabbed her CD and asked, “Can you have Gloria sign this for me?!”

The musical’s storyline is set to chart-topping hits that include “Rhythm Is Gonna Get You,” “Conga,” “1-2-3,” “Get On Your Feet,” “Mi Tierra,” Don’t Want To Lose You Now,” and “Reach,” in addition to an original song written by Gloria and her daughter, Emily Estefan.

The cast stars Christie Prades, who understudied the role of Gloria in the Broadway production, and now plays the starting role. Mauricio Martinez, who plays Emilio, is an award-winning actor and recording artist. It also stars Debra Cardona, as Gloria’s grandmother; Jason Martinez, as Gloria’s father, José Fajardo; Ana-Sofia Rodriguez and Carmen Sanchez, as Little Gloria; and Carlos Carreras and Jordan Vergara, as Nayib and Young Emilio.

New Plans: The Summit and Stewart’s projects are subjects of Colonie Planning Board experiments