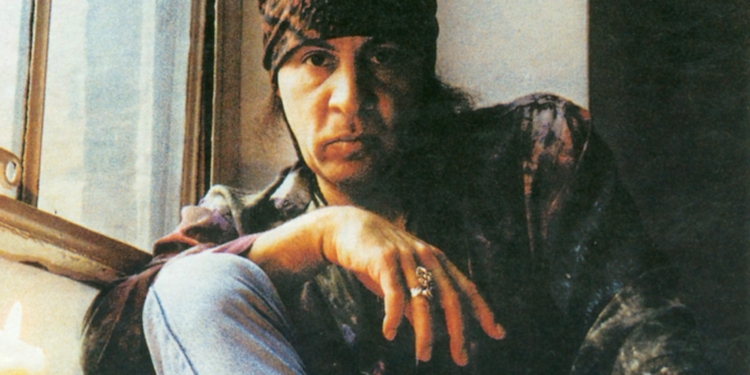 ALBANY — Steven Van Zandt is a product of the ‘60s, a period of time he describes as the last, great social renaissance period.

Van Zandt, himself, could be described as a renaissance man. How you know of him may differ from your father. Younger generations recognize him as Silvio Dante in HBO’s hit television series “The Sopranos.” For decades, however, the guitarist has been a visible and auditory fixture in the E Street Band, famously associated with longtime friend Bruce Springsteen. But, Little Steven’s contribution to the music world extends past The Boss.

Van Zandt grew up just outside Asbury Park. His formative years were spent running with a crowd that included Springsteen and “Southside” Johnny (Lyon). They would hit the local music scene, taking in shows along the Jersey Shore. Later, through their own music, the trio would help define the “New Jersey Sound” that incorporated doo-wop, blues and soul.

“[When] we grew up, there was a different trend every year in the ‘60s,” said Van Zandt, “but soul music was always right there next to rock and roll.” He quickly recalled being able to see a The Kinks, The Beatles and The Rolling Stones along with Marvin Gaye, Smokey Robinson and Curtis Mayfield on a bevy of television shows that included Hillaballo and Shindig!. “It was always very, very integrated, the rock music at the time and soul music. We kind of grew up with that side by side.”

Van Zandt’s contribution to the music world, visibly, is that of a guitarist. In the background, his credits include a long sheet of music he has written and provided to other bands. His songs have gone to friends like Springsteen and Southside, to Gary “U.S.” Bonds, Joey Ramone, Jackson Browne and more. There’s a signature to his music, one that includes the roots of his past influences. Despite his time with the guitar, he’s a master at arranging a horn section.

Pick up a Sam & Dave album and listen. Hear that danceable rhythm and blues often accompanied by a horn section. Throw on a record and you may have people mistake it for an outtake from “Born to Run.” The similarities are not coincidental. Van Zandt’s ear for horn arrangements is what helped him land a spot on the E Street Band. It goes back to a night when Southside, Bruce and Little Steven took in a Sam & Dave show. “It just so completely knocked us out, that me and Southside decided we were going to be the white Sam & Dave,” he said.

Strip away his scowl and his Jersey accent, and Van Zandt reads like a poet from that other Renaissance Period.

taught to do it. That’s how we came up in that wonderful, flowing river that is rock and roll history. We took what was behind us, we integrated and we came up with something new.”

Little Steven takes to The Palace stage Friday, May 4, integrating his music with a grassroots effort to help school children stay off the streets by preserving music programs at public schools. In addition to musician and thespian, Van Zandt is an activist, something that goes as far back as his “Sun City” protests in the mid-80s.

Van Zandt said he was approached by teacher organizations to help convince Washington to preserve music programs that were being eliminated in public schools due to lack of funding in the “No Child Left Behind” era. He said he walked away from conversations with Ted Kennedy and Mitch McConnell knowing nothing would be done, so he said he had an idea.

Through TeachRock.org, an outlet from Van Zandt’s Rock and Roll Forever Foundation, the musician has written 100 lesson plans meant to integrate music and music history with social studies and English courses. His current tour with his band, the Disciples of Soul, is hitting several cities with the added intent of spreading word of the program.

“Ultimately, we really hope to affect the dropout rate; it’s epidemic,” said Van Zandt. “One out of two poor kids are dropping out, and two out of five, nationally. It’s out of control. So, statistics show that if a kid likes one single class, or one single teacher, they’ll come to school. This way, we want to be that class that gets them to school. That’s our one, blg, long-term goal.”

Approximately 1,000 teachers sign-up to the curriculum program each year. Lesson planners can attend a pre-show seminar and invite school children with them to attend the concert for free through TeachRock.org.

Steven Van Zandt and the Disciples of Soul released “Soulfire” last year, lauded by Rolling Stone magazine as one of the best albums of the year. Billboard magazine described it as possessing a ‘60s sound not often present in today’s Hot 100 music list. Whether the magazine intended to cast shade on Little Steven, it didn’t bother him.

“I’m a ‘60s guy. I’m not nostalgic about the ‘60s. I mean, truth is, I never left,” he said. “I’m not particularly interested in the modern world, to be perfectly honest. I’m not against it. I’m not opposed to it. I don’t have any adversarial feelings towards the modern world. It doesn’t interest me so much. I love it when I hear a great new song from somebody. It might be Adele or Taylor Swift or whoever and that’s wonderful. I’ve got so much influence within me from my first 20 years of life. By the end of the ‘60s, I’ve got enough good inputs in me to have outputs for forever.”