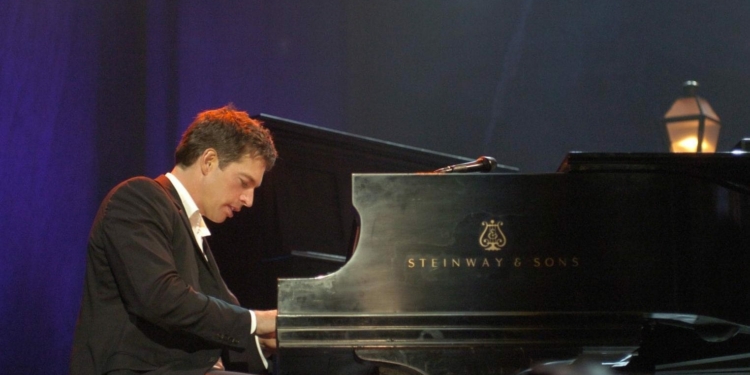 LENOX, MASS.—Grammy and Emmy Award-winning multi-talented artist Harry Connick Jr., will join the 2018 Tanglewood season for a performance of “A New Orleans Tricentennial Celebration” in the Koussevitzky Music Shed on Saturday, June 23, at 7 p.m. The concert will feature a night of Connick’s hits and New Orleans favorites.

Harry Connick, Jr. has exemplified excellence in every aspect of the entertainment world. He has received recognition with multiple Grammy and Emmy Awards as well as Tony nominations for his live and recorded musical performances, his achievements on screen large and small and his appearances on Broadway as both an actor and a composer. He last performed at Tanglewood in 2015 and made his Tanglewood debut in 1990. The foundation of Connick’s art is the music of his native New Orleans, where he began performing as a pianist and vocalist at the age of five. Join Harry as he celebrates the New Orleans influences that shaped his remarkable career.

As the culmination of a year-long worldwide celebration of the centennial of Leonard Bernstein’s birth, the 2018 Tanglewood season, entitled Bernstein Centennial Summer—Celebrating Lenny at Tanglewood!, will pay tribute to Leonard Bernstein’s legacy as a consummate artistic figure of the 20th century and his incomparable contribution to the Tanglewood festival from 1940 to 1990. As one of the places most closely associated with Leonard Bernstein, Tanglewood, June 15-September 2, will honor this towering musical figure with concerts showcasing his singular contributions as a multifaceted composer for orchestra, Broadway, and film; a brilliant programmer and conductor of the world’s great orchestras; and an innovative and provocative educator through his widely popular Young People’s Concerts and lectures. BSO Music Director Andris Nelsons, leading thirteen programs throughout the summer, will play a major role in Tanglewood’s Bernstein Centennial Summer, leading twelve works either composed by Bernstein or strongly associated with his life as a conductor and pianist. The celebration will also feature a kaleidoscopic array of artists and ensembles from the worlds of classical music, film, and Broadway—including Christoph Eschenbach, Thomas Hampson, Yo-Yo Ma, Midori, and Michael Tilson Thomas—all musicians who worked directly with Leonard Bernstein early in their careers—along with conductors Keith Lockhart, and John Williams, concert singers Susan Graham, Isabel Leonard, and Nadine Sierra, Broadway singers Jessica Vosk and Tony Yazbeck, and Austrian-Persian cellist Kian Soltani, recent winner of the Schleswig-Holstein Festival’s Leonard Bernstein Award.

The celebration culminates in a special gala performance on Saturday, August 25, hosted by Audra McDonald (who will also participate as a vocalist) and directed by James Darrah.

The Boston Symphony Orchestra is also pleased to celebrate John Williams as the recipient of the 2018 Tanglewood Medal in recognition of his 37 years of devoted leadership to Tanglewood, the Boston Symphony, and the Boston Pops and his iconic stature as one of the greatest composers of the 20th and 21st centuries. Reflective of Mr. Williams’ deep significance to the Tanglewood Festival, he will compose a new work for cello and orchestra to be premiered with soloist Yo-Yo Ma in the Leonard Bernstein Memorial Concert with conductor Andris Nelsons and the Tanglewood Music Center Orchestra.