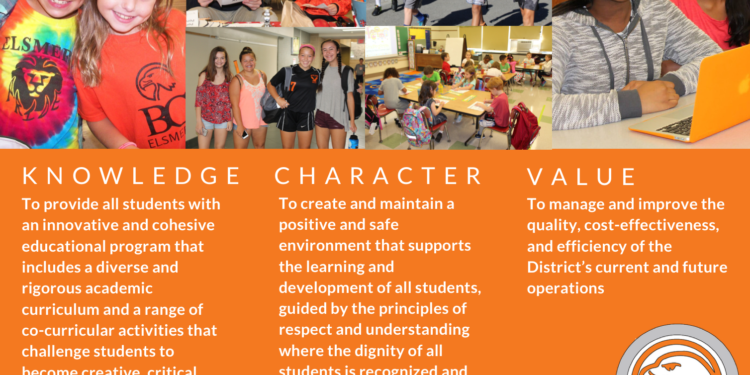 At the April 10 meeting, the board will take a closer look at projected revenues for the coming year and finalize plans for closing a budget gap that is estimated at $1.5 million, down from $3.3 million in February, before the district began identifying areas of savings.

According to Superintendent Jody Monroe, the gap is largely due to increases in mandated pension and health care costs. She said while school districts have minimal control over employee-related expenses, the district has been taking a careful approach to balancing the needs of students with community resources.

While district enrollment is projected to continue to decline in coming years, the national Great Recession (2007-2011) and resulting steep cuts to state education funding caused BCSD to reduce the number of teachers and support staff during those years, according to Monroe, and the district has spent the last several years gradually restoring or replacing them with new positions as that funding has been gradually restored by the state. The district has expanded counseling staff, she said, and recently added bus routes to shorten rides for students in the Clarksville area.

“Over a series of four public meetings, members of the board have been hearing recommendations from district administrators and department supervisors on areas where reductions could be made and where additions might be needed,” said Monroe. “The last piece of the budget puzzle is to take a close look at revenues, including state aid, to determine a proposed tax levy and estimate what it will mean for local taxpayers.”

The recently enacted 2018-19 New York state budget included an additional $161,000 in state aid for Bethlehem. (BCSD Chief Financial Officer Judith Kehoe noted, however, that state law would allow New York to reduce funding by up to 3 percent of the entire $28.1 million—more than $800,000—in the event that state revenues fall short.)

“We were certainly pleased to receive the additional state aid,” said Monroe. “This aid will factor into the board’s determination of the tax levy and final vote on the proposed spending plan they will present to voters.”

The tax levy is the total amount of money a school district raises in taxes each year from district property owners. Under the somewhat convoluted state tax cap law, the district’s maximum allowable tax levy limit for the coming year is 3.95 percent. If the board were to approve a tax levy increase above that amount, the budget would require a supermajority vote (at least 60 percent of district voters) to pass.

Each one percent of a tax levy increase would generate approximately $640,000 for the district, according to Monroe.

At the April 10 meeting, the district’s Chief Business and Financial Officer Judith Kehoe will offer a preliminary look at different tax rate scenarios for the board to consider when making final budget decisions.

“The April 10 meeting is an important opportunity for the community to weigh in on the budget before the vote in May,” said Monroe. “I would encourage interested residents to attend.”

For all the money spent by the district, BCSD per pupil costs are more than $3,000 below the state average and $6,600 below the average for districts with similar demographics, according to Kehoe.