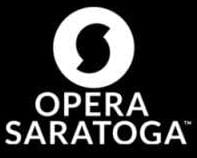 SARATOGA SPRINGS — Opera Saratoga announced it has extended its contract with its artistic and general director Lawrence Edelson through the 2019 season.

“Opera Saratoga exceeded its annual budget for both fundraising and ticket sales in [2016-2017], building on the strategic initiatives launched by Artistic and General Director Lawrence Edelson, when he joined the company three seasons ago,” stated President of the Board of Directors Rosemarie Rosen. Over those three years, Opera Saratoga has reported a 62 percent increase in ticket sale revenue and a 252 percent jump in individual support.

Renowned director David Schweizer made his Opera Saratoga debut two years ago with the world premiere of “The Long Walk,” by Jeremy Howard Beck and Stephanie Fleischmann. Twice, Opera Saratoga has welcomed “punk ballerina” and decorated director and choreographer Karole Armitage. She most recently came to Spa City to direct the American premier of The Witches of Venice, featuring the music of Philip Glass and Beni Montresor. Last year John Mauceri conducted the full orchestration of the once controversial “The Cradle Will Rock” — which was shutdown on its original opening night in 1937. Edelson has also brought singers from the world’s greatest opera houses including Jennifer Johnson Cano and Craig Colclough.

“People respond to great art,” said Edelson. “If it’s stuff they’re not familiar with, they respond to quality and that’s really been the focus since the start.”

Over the past three seasons, the company has also launched a series of programs, such as the Saratoga Sings initiative, to increase the exposure of opera and classical vocal programs for audiences of all ages.

“When I came in, I knew we wanted to diversify what the company was doing,” said Edelson, who said he looked at Opera Saratoga’s near 60-year history to assess where the community’s interests lay. “We tried to find those points and intersections and look at the best way to develop the future of the company.”

Saratoga Sings provides free performances in locations unique to the region, ranging from an outdoor production on the snowy trails of Spa State Park, to a series of art themed concerts at area museums and galleries. Saratoga Sings for Seniors also provides free performances for older members at local senior centers and assisted living facilities. According to the company, the Opera-to-Go program brings live opera to over 15,000 elementary school children each year.

Edelson is also taking on new responsibilities with Saratoga Performing Arts Center as its creative producer for classical and dance programming. Edelson also continues in his position as Producing Artistic Director of American Lyric Theater in New York City.

“We look forward to continue working with Larry to build upon these successes, and we are very excited to see where his artistic vision leads the company in the coming seasons,” said the Chairman of the Board Robert C. Miller.

NIGHT and DAY: Get the Led Out and Chowderfest