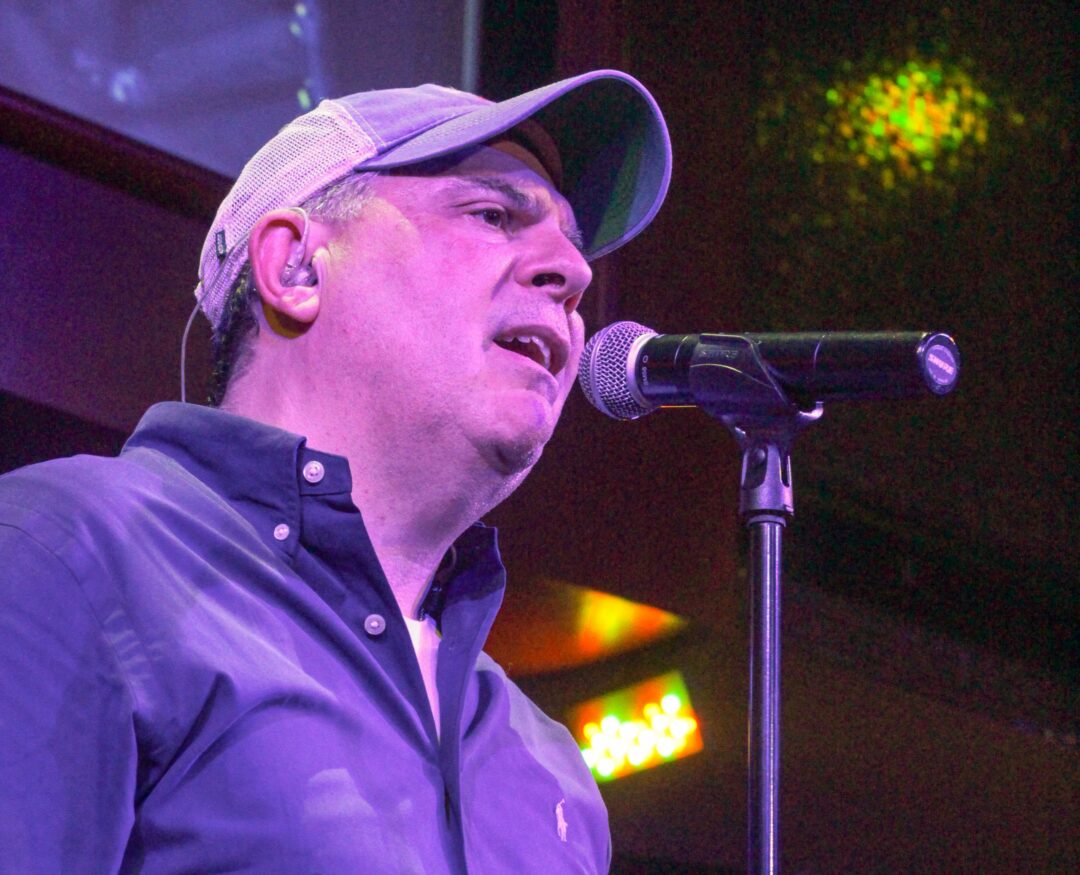 SARATOGA SPRINGS — Although it was a frigid Friday evening, it didn’t stop local country fans from driving to Vapor Night Club on Jan. 5 to line dance their way into the start of 2018 to celebrate the return of The Back40 Band.

The band — featuring original and newer members alike — brought its country music to the dance floor in celebration of its 20th Anniversary as an ensemble.

Since 1998, The Back40 Band has been one of the top local country acts in the Capital District. Voted as one of the Northeast CMA Entertainers of the Year and Best of the Capital Region by Metroland, the band has opened and shared the entertainment stage for over 60 top country acts including Sheryl Crow, Miranda Lambert, Luke Bryan, and Trisha Yearwood.

The Back40 Band has performed at various events including the WGNA Country Fest and the benefit event, “We Band Together a Tribute to Sue Bogucki”, held in Vapor last December  in memory of the local country music fan.

Lead vocalist Mark Pierre and company started off the evening with a cover of Toby Keith’s classic hit, “Shoulda Been A Cowboy,” followed by Garth Brook’s “Much Too Young (To Feel This Damn Old),” “and Luke Bryan’s“ Drink a Beer,” which was sung in memory of those that had passed away tragically.

A fan favorite within the first set was the band’s cover of the Old Crow Medicine Show’s tune (and Darius Rucker Cover), “Wagon Wheel.”

Line dancers were parading and stepping their way throughout the dance floor as patrons happily danced and swayed along to the music. As a tribute to American soldiers, the band concluded its first set with Toby Keith’s “American Soldier” and “Courtesy of the Red, White and Blue.”

The Back40 Band continued to bring on the heat into their performance during their second and final set of their anniversary concert. Warmed up from the cold and from the music, the audience was in full swing dancing and singing along to more country hit songs,; Brook’s “Papa Loves Mama,”  Johnny Cash’s “Folsom Prison” and Steve Earle’s “Copperhead Road” — a favorite line dancing song dedicated to the line dancers that danced all night long.

A stand out moment from the band was the dedication of Merle Haggard’s “Silver Wings” that Mark Pierre and the band dedicated Bogucki, who had recently passed away last November 2017. The harmonies of each of the singers as they paid homage to Bogucki were sung beautifully from start to end.

Dwight Yoakam’s “Fast as you” brought the crowd out dancing, along with some great guitar chemistry and solos being performed by Doug Doyle and Ed Legenbauer throughout the song’s bridge and finale.

With the concert coming to a close, the band closed out with back to back Brooks hits, “The Dance” and “Friends in Low Places,” which Pierre stepped off the stage, meshing with a crowd of people that had circled around him on the dance floor, arm and arm, and sung the final song with such prowess and cheer to a happy audience and band.

With great vocals, harmonies, and chemistry amongst the band members, a great evening was had by all as The Back40 Band made their return and debut to the stage. 2018 looks like to be a promising, great year for the band now that they are back and dedicated to bringing country back to the Capital District.

A stroll down Memory Lane