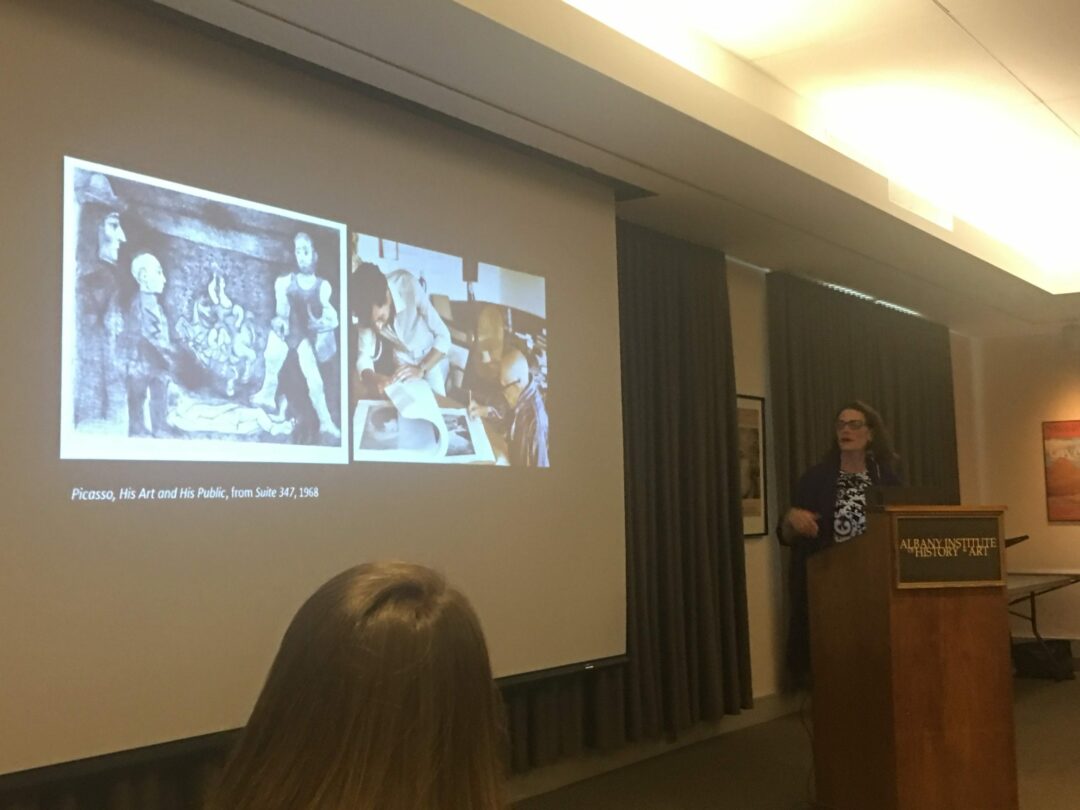 While renowned for his artworks and his part in founding Cubism, Spanish artist Pablo Picasso led a turbulent personal life yet deserves more public acknowledgement as someone who frequently collaborated with other artists, muses and printmakers of his time, according to Jay A. Clarke, a curator at Clark Art Institute.

Clarke is the current Manton Curator of Prints, Drawings, and Photographs at the aforementioned institute, an art and research museum in Williamstown, Mass., roughly an hour’s drive from the Capital Region. She held a lecture from 6 to 7 p.m. on July 20 at the Albany Institute of History and Art, which was free to the public. The lecture complements “Picasso: Encounters,” an exhibition back at the Clark Art Institute that concerns Picasso’s collaborations with printmakers and his own muses. It runs from June 4 through August 27.

Discussing Picasso’s professional and personal life, she presented numerous famous and lesser-known works of his onscreen while establishing that Picasso was an emotionally and artistically complex individual.

The key message behind the lecture was to inform the audience that Picasso should not only be recognized just as an artist who always worked solo, an assumption she hoped to disprove.

“One thing that we often associate with Picasso, at least I usually did, is this idea of him as this sort of isolated individual, working in his studio alone throughout his life,” said Clarke. “This myth that surrounds that is alive and well in the history of art.”

Printer Auguste Delâtre, printmakers Roger Lacourière and Aldo Crommelynck, art gallery owner and art dealer Daniel-Henry Kahnweiler, ceramist Suzanne Ramié and artist Jaime Sabartés were among the gifted individuals, whose names are not very well-known in today’s society, whom Picasso collaborated with to develop, execute and even showcase his artworks. Regarding the former three people who printed Picasso’s works, Clarke particularly viewed them as “really one-half of the creative process [yet] they are not nearly as well-known.”

Joking that “[Picasso] was a man with a sexual appetite,” Clarke brought up his six muses, two of whom he married, who were Fernande Olivier, Olga Khokhlova, Marie-Thérèse Walter, Dora Maar, Françoise Gilot and Jacqueline Roque. Picasso fell in love with each lady for her physical beauty and each respectively inspired him to create certain prints, paintings and other artworks. Clarke touched on how Picasso was several decades his lovers’ senior, even noticing the occasional puzzled look on several audience members. Picasso’s sense of romance was notoriously brief, marked by constant affairs and his ill-treatment of each of them, leaving each behind as he no longer felt inspired, opting to move on to the next lover.

Nevertheless, his romances yielded numerous famous artworks like “Nude, Green Leaves and Bust” (1932, featuring Walter) and “The Weeping Woman” (1937, based on Maar).

“Picasso was quoted as saying ‘Women are either goddesses or doormats,’” Clarke said. “They began as goddesses when they were with him and afterwards, they ended up often as doormats. They lived happily ever after…until they didn’t.”

Other reasons, according to Clarke, why Picasso left each successive lover was because each reminded him of his past and each was aging as well.

“Picasso was also quoted as saying ‘Every time I change wives, I should burn the last one, that way I’d be rid of them. They wouldn’t be around to complicate my existence. Maybe that would bring my youth back too. You kill the woman and you wipe out the past she represents,’” Clarke read aloud, met with a mix of barely-suppressed gasps and uneasy chuckles from the crowd.

This overall related to Picasso’s metaphorical “longing for youth and personal rediscovery, at the behest of the woman.” But he still “needed” his lovers in certain ways: inspiration for his art, to create a home life, to have children with, and to entertain with.

Clarke presented an image of “Woman at the Window” (1952), a black-and-white portrait of his then-muse, Françoise Gilot who appears trapped indoors, her hands against the window while looking out, evoking a sense of misery. This work corroborated Clarke’s spiel on Picasso’s abuse of his muses.

The “Picasso: Encounters” exhibition was originally supposed to be called “Picasso as a Collaborator” but the Clark Art Institute’s French-Moroccan director rejected it, as the French word “collaborateur” brings up how one collaborated with the Nazis during World War II. This would have alluded to the allegations that Picasso collaborated with the Nazis during the German Occupation of France.

This lecture is a part of a series of Clark Art Institute lectures at the Capital District, which complement the former’s summer exhibitions. While it strives for support for the arts, it first began in 2007 with a lecture on French Impressionist painter Claude Monet.

“Usually the curator or director of education comes over to do a lecture on their summer exhibition,” said Tammis K. Groft, the executive director at the Albany Institute of History and Art. “These lectures are a great tradition and we always to look forward to them.” 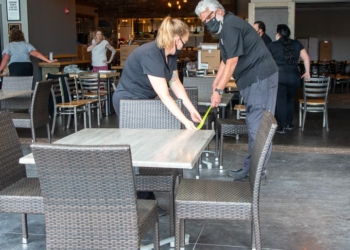