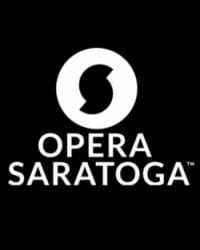 SARATOGA SPRINGS — The Spa Little Theater traveled back in time to the 1930s and held a concert where millennials sung various show tunes from Broadway productions of the time to celebrate the decade.

The one-night-only festivity, titled “Broadway in the 1930s,” achieved near perfect attendance on July 14, starting at 7:30 p.m. until around 9 p.m. Since the theater was relatively small and the stage was narrow, the event felt much more intimate. It certainly evoked a sense of nostalgia among the audience, mostly comprising of couples who were advanced in age, for the previous century.

“The reason we did this was to show the context of great opera and [the 1930s] was a really incredible decade on Broadway,” said Artistic and General Director Lawrence Edelson before the concert began. “There was a diverse slate of composers writing then.The reason we did this concert was to show the context of The Cradle Will Rock – a great work that straddles the line between music theater and opera – from the 1930s. There were diverse composers writing then, writing innovative pieces that celebrated the expressive potential of the classically trained voice.”

The night’s singers were members of Opera Saratoga’s Young Artist Program, a highly selective program—the “second oldest young artist program in the country,” according to its website—consisting of aspiring thespians mainly under the age of 32. Of the 300 live auditions received, 24 were selected.

Onstage, the surrounding staircases from the “Zémire et Azor” set were accompanied by an elegant piano at its base, attended by pianists Timothy Accurso, Carol-Anne Fraser, Djordje Nesic, Laurie Rogers and Steven Seigart. The concert overall was very simplistic in tone, style and taste. A singer or two (often of the opposite sex) would typically walk up center stage and sing their selected musical number, the only background music provided by the supporting pianist by their side. The evening began and concluded with an ensemble performance at each end.

All the singers were dressed to the nines. The young ladies’ high operatic vocals were robust, a sharp contrast to how softly feminine and elegant their dresses were, succinctly enveloping their body frames while they each confidently sang their lyrics. The youthful gentlemen’s vocals, on the other hand, were collectively much deeper, modestly clad in evening tuxedos. The gender norms of the 1930s were very evident but it also expressed how old-fashioned and classic the concert felt. There was a sense of uniformity throughout, each singer and pianist playing their part in succession, with several raindrops of scattershot humor spread across the one-and-a-half-hour event.

One main highlight of the evening was Nina Spinner due to her memorable flair and shiver-inducing performance of “The Heart is Quicker than the Eye” from the 1936 musical, “On Your Toes,” which she duetted with Spencer Viator. As she led the song first, Viator sat on the neighboring steps, unabashedly enchanted by Spinner’s combination of a gorgeous pink dress augmented by jewelry, and her voice. Another highpoint was Laura Zahn who sang “My Funny Valentine,” originating from the 1937 musical comedy “Babes in Arms.” Standing atop the steps, she appeared deeply reflective, like a silent film actress of the time with a stunning purple dress.  Descending until she reached the piano below, she continued singing confidently, briefly resting a hand over her chest for dramatic effect. “Each day is Valentine’s Day,” she softly declared with her concluding lyrics and was then greeted by uproarious applause.

The laughs came when the animated Andy Papas sang “Plumbing”—from the 1933 London musical, “Nymph Errant”—and sang of how grateful he was of how plumbing solves certain personal “problems,” rubbing his stomach exaggeratedly. Another singer offstage literally threw a toilet plunger to him and he proceeded to dance with it. When his song ended, he playfully marched off, plumber over shoulder like a dwarf and his pickaxe from Disney’s “Snow White and the Seven Dwarfs”—coincidentally also from the 1930s.

Throughout the glamorous evening, the concert focused on the more lighthearted side of the turbulent decade, turning its spotlights onto how Broadway, theater and music entertained audiences at the time. While the songs were typically performed with an orchestra in their original productions, the use of only a piano made each performance feel cohesive and unpretentious. With themes of youth, romance and nostalgia, this old-fashioned yet touching concert proved fruitful.