A piece of Valhalla 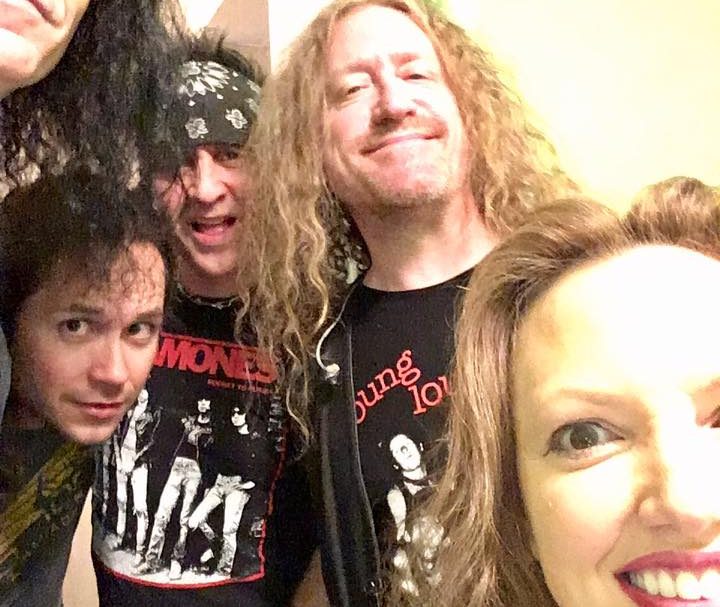 ALBANY — Get the Led Out’s Paul Sinclair was not born to look like Robert Plant.

“Every show, I tell the crowd, ‘You came here to see a Zeppelin show tonight,’” said Sinclair. “‘Not sure how the band’s going to present the material,’ All of the sudden the lights come on, the curtains open, and the question they’re all asking, ‘Why is Howard Stern singing lead vocals?”

Sinclair is tall, slim and blessed with long locks of curly dark hair. From a distance, perhaps fans of his band’s live shows could mistake him for the famous shock radio and television personality. As lead vocalist to a band that plays exclusively from Led Zeppelin’s catalog, Sinclair may be cursed with the looks of a radio DJ, but he’s blessed with a singing voice that fits the part.

Get the Led Out is a unique, six-piece band that not only specializes in playing perhaps the most iconic of hard rock bands, it takes on the task of reproducing each song as we have all heard them on the album. Every nuance. Every studio effect. Hence, Sinclair’s troupe has six players, to Zeppelin’s four.

“People always love to make comments online who don’t know about the studio work,” said Sinclair, who often see critics mock the band on the perception it takes more, less talented players to match Jones, Bonham, Plant and Page. “They seem to think that somehow Jimmy Page got on stage, he had 17 arms come out and played 50 instruments, at once.”

Page, considered by many as one of the greatest guitarist of all time, had a little help from studio producers. Mimicking each reverb, echo and special effect Zeppelin albums are known for is a task that requires more than the original four-man set up. Paul Hammond (guitar, mandolin), Jimmy Marchiano (guitars, vocals), Adam Ferraioli (drums), Andrew Lipke (keyboards, guitars, vocals), Phil D’Agostino (bass, vocals) and — sometimes — Diana DeSantis (special guest vocalist on “The Battle Of Evermore”) are employed to do just that. So, when show-goers close their eyes to listen to “Whole Lotta Love,” it’s the closest thing the band can do to make it sound like “Led Zeppelin II” is playing on a record player in someone’s basement like it’s 1969.

“If we have three guitar players playing three guitars, it’s because Jimmy Page played three guitars in the studio, and that’s what we want to make happen,” said Sinclair.

The instrumentation is one aspect to the show. The other part involves Sinclair’s voice. Each night, he goes toe-to-toe with one of the most dynamic vocal ranges in rock history, singing his “lungs out.”

The rock lifestyle has a destructive personal behavior associated with it, one Sinclair doesn’t prescribe to. He gives thanks to a family lineage of opera singers that has blessed him with the right makeup for his job, but the 51-year old also credits his healthy lifestyle for maintaining his voice. Nevertheless, after nearly fifteen years, he still speaks with the same excitement and passion he had when he first started out.

“We really take this seriously,” said Sinclair. “Our goal is to never disappoint anyone. … It’s to the point, I’m living the dream.”

Dating heads back to the basics