Plimsouls are Back from the Valley 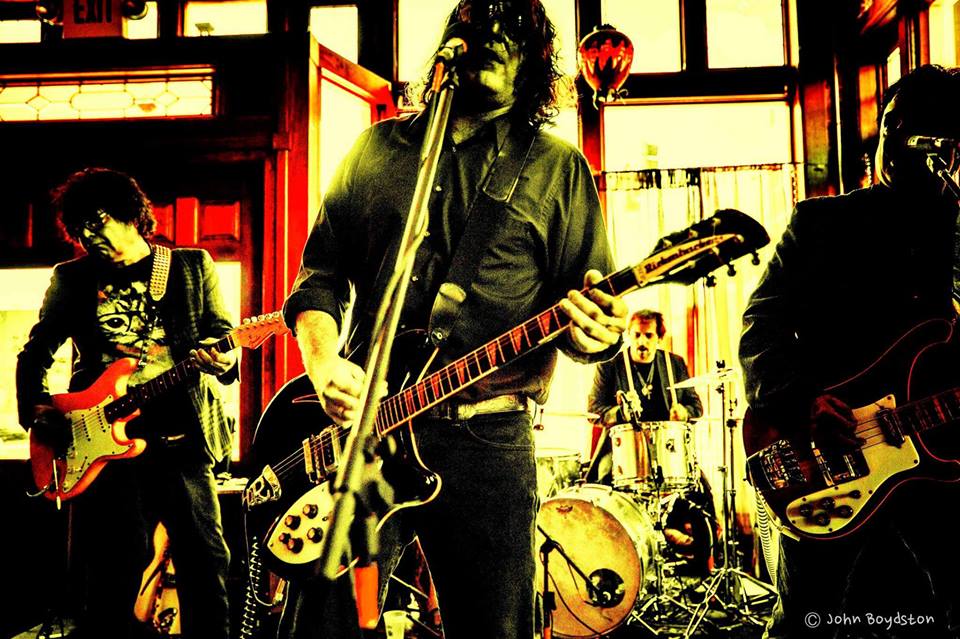 The Plimsouls (photo by John Boydston)

In his book titled, “The Greatest Rock ‘n’ Roll Songs Ever,” Avram Mednick listed The Plimsouls’ “A Million Miles Away,” among hits by Elvis Presley, Jerry Lee Lewis and Led Zeppelin.

The author, a no-nonsense college instructor out of the San Francisco Bay area, stated he heard “a great deal” of the song after moving to the area in 1981. “It’s got the whole package,” he wrote, “popish, almost to a fault, with the big production, the alienated lyrics and the hot guitar.”

“That song was a big teenage hit in California,” wrote Mednick, quoting then-lead singer Peter Case. “I think it still stands up. It was a big blast of pain and alienation set to a rock ‘n’ roll beat.”

The rest of the world would later hear the song featured on the Nicholas Cage cult classic film, “Valley Girl.” The song seemed to fit well with the teenaged love story of a girl falling in love with the kind of guy of whom her friends would disapprove. You can even catch glimpses of the band performing the song in the movie.

“We were hugely popular then,” said Plimsouls guitarist Eddie Munoz, adding the band had already amassed a following on the West Coast with lots of radio time, and was playing gigs throughout the Los Angeles music scene. Before the movie exposed the band to a larger mainstream audience, Munoz toured along with Elvis Costello and the Rockpile, and the band shared gigs with The Fleshtones. “We were looking to parlay that into a bigger thing.”

In 1983, The Plimsouls signed a record deal with Geffen Records.

It seems like a million miles away, but the trajectory of the band’s popularity climbed up steeply since forming in 1978. It helped define the power pop sound out of California that immediately followed the punk music that originated in England, and spread out from New York City.

Munoz cut his teeth playing guitar in the emerging music scene of Austin, Texas, developing that “hot guitar” sound Mednick had described. In the mid-’70s, punk rock was starting to take a hold on the underground scene, said Munoz. In a town where only two types of music — Country and Western — played on the radio, records of the New York Dolls, Blondie and the Ramones started to influence on local musicians.

“Everyone was getting into the imports from England and The Ramones record kind of came out the year before that,” said Munoz. “Everybody was getting excited about that stuff. So, we said, ‘Hey, man. Let’s do our own thing.’ It’s right up our alley. It was kind of an organic movement. Of course, it was totally inspired by what people were doing on the East and West coasts, and overseas. Definitely a fun scene in Houston. Dallas had one. But, the really cool one was in Austin. That was a very coherent scene.”

Munoz played guitar for The Skunks in 1978, where he earned the nickname “Fazz” Eddie, a play on Paul Newman’s “Fast Eddie”

character from the 1961 film, “The Hustler.” The three-piece band debuted in February of that year, and quickly became a popular draw in the live music capital of the world. The band cut a record later in the year, just before “Fazz” Eddie hopped a ride to Southern California.

“Yeah, I spent a year and then I moved on out to California with my then-girlfriend and some other people,” said Munoz. “At that time, I knew nothing was gonna happen in Austin for, really, anyone. Nobody from that club scene made it with their bands. Maybe with other bands after that. Austin started getting more attention, actually, after I left. But, the scene grew really fast while I was there. It was pretty cool. It was way cool. There were some great bands. Great bands. And, even better bands came out after I left. It served its purpose. A lot of really great musicians came out of that.”

The Skunks remained together, replacing Munoz at guitar and later became one of the first Austin punk bands to tour nationally. It would play in New York City’s CBGB’s and Max’s Kansas City, opening for many of the bands that had influenced them. The Skunks were inducted into the Austin Music Hall of Fame in 2008.

Once Munoz arrived in California, he hooked up with Case, Dave Pahoa and Louie Ramirez.

“Actually, I was at the first Plimsouls rehearsal,” said Munoz. “The band didn’t even have a name, at all. We just bashed out some stuff. Then, I went out on the road with Elvis Costello and Rockpile. When I came back in September, we started to work out some songs and I played my first show in October. Actually, maybe late September.”

The Plimsouls’ popularity took off throughout Los Angeles and, by 1980, it was signed to Best Records. That relationship produced a five-track EP titled “Zero Hour,” which earned generous playtime on local radio stations. By the following year, the band signed with Planet Records, who had a distribution agreement through Elektra.

Through Planet, The Plimsouls released the 11-track album “Everywhere at Once” in 1983, featuring its hit single, “A Million Miles Away.”

Despite the attention they were getting, or perhaps because of it, The Plimsouls broke up that same year.

“Unfortunately, wrong decisions were made,” said Munoz. “Which is pretty common for young bands.” Munoz refrained from pointing fingers and casting blame for the split, instead he explained it in terms of an attitude: “Just, certain people get bored and want to do other things. So all the attention drops from keeping the band together.”

Case struck out on his own, releasing a solo album through Geffen Records in 1986, from which he garnered a Grammy nomination. He’s since earned critical acclaim from Bruce Springsteen and Robert Palmer. When Munoz was asked about Case’s current involvement with the band, he said “not at all.”

“He more or less blew the whole thing off a long time ago,” said Munoz.

Today, Munoz lives on the New Jersey coast. (“I met a Jersey Girl,” he said.) And, when he’s not playing reunion gigs as The Plimsouls Re-souled, he plays with his band, The Split Squad. Despite the years that have past, Munoz said he and the band continue to play the music “loud.”

“This is the Second Coming of The Plimsouls,” said Munoz, who now plays with Bryan Malone, Jeff Walls and Rick West. (Dave Pahoa and Clem Burke, who occasionally play with the new line-up, will not be at The Hangar.) “It’s totally different. … I can’t go out there and do the Holiday Inn version of The Plimsouls. … We’re favorably in line with the mid-period of The Plimsouls, when we started really, really getting it together.”

Entire Dem delegation to US House of Reps signs letter, issued by Tonko and Slaughter, calling on Trump to reconsider ACA repeal