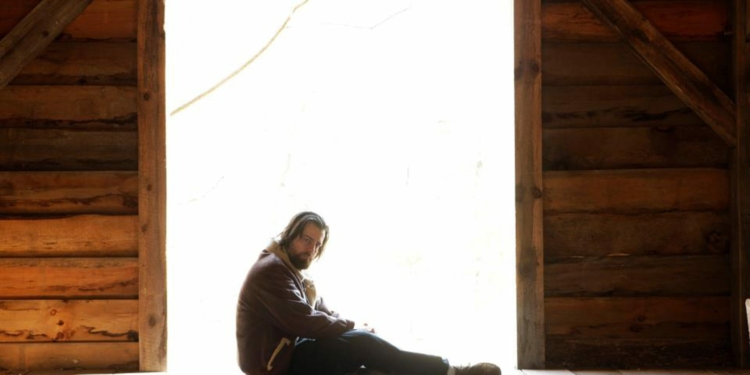 Sean Rowe is no stranger to walking a different path, but he needed help with his latest venture — walking away from his record label and seeking a crowdfunding campaign to produce his next record. (Photo by Sean Rowe's Facebook page)

You can call Sean Rowe a “madman” for his recent, unorthodox approach to his music career, but he is a man with a plan.

The popular blues singer opted not to resign with his record label, chose to crowdfund his latest project, and got the guts to do it by doing something a little off the wall.

For the better part of the last decade, Rowe has made a living off his music. It’s the path he’s chosen to walk since he discovered Otis Redding when he was 17. Not your typical Troy teenager coming of age in the early ‘90s. Instead of Bell Biv Devoe, Guns ‘n’ Roses or Pearl Jam, he spent his money on John Lee Hooker and music out of the Mississippi Delta. Obscure stuff you wouldn’t find playing on FLY 92. He speaks of his love for Laura Lee, a gospel R&B artist out of the ‘60s whose sound he describes by comparing her to the icons of Gladys Knight and Aretha Franklin. “That’s all I wanted to listen to,” said Rowe. “I was pretty strict. I emulated all these people that I love. It taught me how to play guitar. It taught me how to sing.” And, for the 10 years that followed high school, Rowe spent his nights cutting his teeth at the local bars and venues that allowed him to strum his guitar and bellow out that signature baritone singing voice.

Rowe has five albums to his name, the last three under Anti Records, the same label under which Merle Haggard and Tom Waits are signed under. The terms of Rowe’s contract were met after the 2014 release of “Madman.” Though he describes the experience with the Los Angeles-based label as “great,” Rowe said he needed to push out into the unknown. So, he decided not to resign, and opted instead to go “rogue.”

“A part of this was realizing that if I wanted to do the best record I could do — I’ve already been comfortable with the last record. I already did that stuff — I want to do something that’s going to throw me out into the abyss,” said Rowe. “Something that is going to challenge me. So, that’s why I did all this.”

Last July, Rowe launched a crowdfunding campaign with Kickstarter to collect enough money that would allow him to produce his next album. The concept is not necessarily new. In fact, the trend of artists seeking financial help from fans prompted a 2013 Louie Herr article at digitaltrends.com, suggesting bands target modest amounts instead of the $1.2 million raised by musician Amanda Palmer in 2012. Rowe’s $43,000 target would fall under Herr’s modest range. Nonetheless, Rowe said he felt like that was a lot to ask. “We launched this thing, fully realizing that it was a lot to ask.” said Rowe. “We needed to raise $43,000 in one month. And, we were asking our fans to do that.”

Rowe’s plan kicked into motion around the 2014 release of “Madman,” the third and final record under the terms of his contract with Anti Records. Rowe started a side project; a nationwide tour that involved the musician playing to many of his fans from inside their own living rooms.

“Just to try something different, you know?” said Rowe. “And, quite honestly, I also had to make money between tours. It was a combination of needing to work and wanting to do something different that led me to this house show idea, where I started playing in people’s living rooms — fans of mine, who wanted me to come to their house and play.”

The tour built momentum and became a success in more ways than one. Rowe was able to support himself financially, but the intimacy of playing to his fans from within their homes created a dynamic that felt “very natural” to him. He described the typical show as being no larger than a handful of people, sitting on sofas. But, something about the shared experience drew an epiphany. He could walk away from the conventional path of producing albums through record labels.

“From that audience, so many other things came, including this idea, said Rowe.  “That was a big factor in starting this whole Kickstarter thing. I don’t think it is something we could have done before we did the house show thing.”

In two weeks, contributors from as far out as Dublin, Ireland contributed enough to match the $43,000 goal. And, by month’s end, the funding effort reached $53,000.

“That was very, very telling to me, that I’m on the right path,” said Rowe.

Plotted on that path was the plan to record tracks at Sam Phillips Studio, the same studio built by famed Sun Records producer Sam Phillips, in Memphis, Tenn. Phillips is credited with discovering Johnny Cash, Jerry Lee Lewis, Carl Perkins and Elvis Presley, many consider Phillips to be the Father of Rock and Roll. While building up Sun Records, it’s said Phillips was building his dream studios around the corner. For the kid fascinated by the sound of recording artists before his time, the environment could not be more perfect.

“It’s like walking into 1960,” said Rowe. “Nothing has changed in terms of the aesthetic of that room. I had all these dreams around this recording that I really wanted to accomplish.” Another part of that dream included working with Grammy Award-winning engineer, Matt Ross-Spang, too. And, the end product provides a thousand vinyl records and another thousand CDs. The record is planned for release by the end of March.

For Rowe, 2016 has been a humbling experience; from seeing fans help support his upcoming album, to hearing an older track of his play along with the closing scenes of Ben Affleck’s feature film “The Accountant.” There’s a sense of affirmation that the “madman” isn’t so crazy, after all.

“It’s a lot to ask of people, and it is validation,” said Rowe. “When you see the people willing to pay quite a large sum of money into something they really believe in, it’s not like telling somebody after a show, ‘hey, that was a great show.’ … When someone is willing to pay $1,000 just for the idea of this album, that’s not even made yet, [who] believes in you that much… . For that to happen, that’s a tattoo. That’s a lifelong commitment that someone makes for you.”

Sean Rowe on “To Leave Something Behind,” featured in Ben Affleck’s “The Accountant.”

“I wrote that about six years ago, and where I wrote it was in London, actually. I was walking through a park out there while in the middle of a tour. And, when you’re overseas and you’re touring out there, and you have family back home in the states, the proximity effect is very palpable. Your communication is off. You can’t just connect, like you can. Over there, it’s always been a challenge to maintain that connection with family.

It came to me at that time. I was already having feelings of disconnectedness — the not-knowing of how it was going to be with my son being born, because he was still in the womb at the time. I was having all these feelings and emotions popping up. You know, how I wanted to be as a father and what it was going to be like to bring a child up in these times. And, that was six years ago. It’s even more relevant to me now then it was back then.

Speaking from a father’s perspective, but also from a holistic perspective, how to fit into this world view that seems to be opposed to a lot of the things I hold to be sacred. And, trying to find a place in there, where you can have balance. That was just an ongoing theme for a lot of my songs, really.”

The skinny on bottom wages