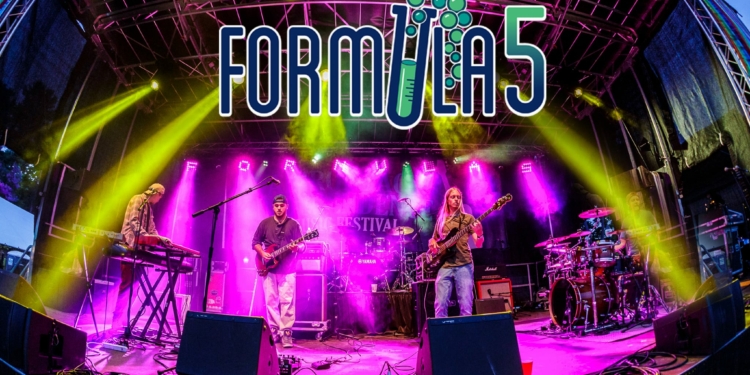 ALBANY – Last week, the upstate New York funk outfit Formula 5 announced a Kickstarter campaign in support of its forthcoming studio album, its third one, set to be released in Spring 2017.

In less than four days, the crowd-funding effort netted more than 20 percent of the $12,000 goal, putting the crowd sourcing effort on a pace to beat the goal before the Wednesday, Dec. 14 deadline.

Visit the campaign at Tinyurl.com/F5album for more details.

This venture into the studio will be the first one for the band’s new lineup of Joe Davis (guitar), Greg Marek (drums), James Woods (bass) and Matt Richards (keyboards). This will also be the first studio album for both Woods and Richards, the newest members of the group.

Formula 5 has upped its game and toured relentlessly in 2016, clocking in at nearly 90 shows so far, and will celebrate its 100th show of the year at The Hollow Bar and Kitchen in Albany on Friday, Nov. 25. This is an annual hometown “throwdown” for the band that also features Funktional Flow from Buffalo to kick the night off.

During the past five years, Formula 5 has undergone considerable growth and change, both musically and as a team. With a fan base that has grown thanks to appearances at Catskill Chill, Disc Jam, Buffalove, Backwoods Pondfest, Rock n Roll Resort, and Adirondack Music Festival, Marek reflects on the success of 2016.

“We have gained a significant amount of fans in the last year that have shown immense support both online and at the shows,” he said.

As Formula 5 launches its current Kickstarter campaign, the band is confident the improvisational funk jam sound it is known for will continue to find new audiences across the country, and help grow an increasingly fervent fan base.

The band intends to record an album for fans both old and new, establish a unique sound and then return to the road.