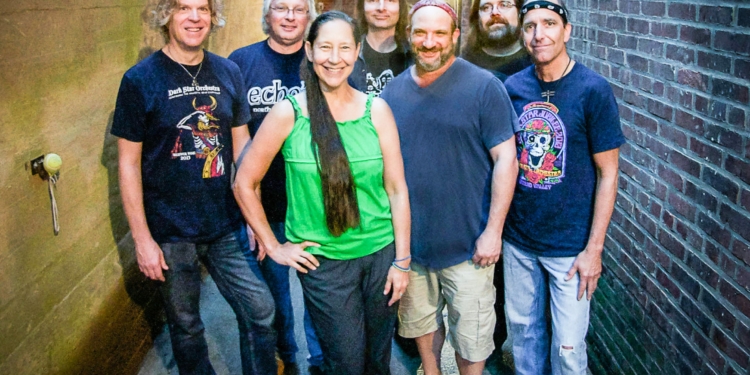 Performing for nearly 19 years, Dark Star Orchestra continues the Grateful Dead concert experience. Its shows are built off the Dead’s extensive catalog and the talent of its seven members. Each show is based on a set list from either the Grateful Dead’s 30 years of extensive touring or the band’s own catalog. Honoring both The Dead and the fans, Dark Star Orchestra’s members seek out the unique style and sound of each era while simultaneously offering its own informed improvisations creating a sound that truly encapsulates the energy and the experience.

A limited number of after-party advance tickets are available for $12 each at https://www.eventbrite.com/e/gratefully-yours-dso-aftershow-party-tickets-28190473465#tickets. Tickets at the door will be sold for $15.

For more details about these two shows, visit www.palacealbany.com and www.thehollowalbany.com.

Both venues are located in Albany; The Palace Theatre is located at 19 Clinton Avenue, while The Hollow is located at 79 North Pearl Street.

ALBANY — The New York State Museum will host its next Family Fun Day this Saturday, Nov. 19, from 1 to 4 p.m.

This month’s event features fun activities which revolve around the museum’s historic carousel, built between 1912 and 1916 by the Herschell-Spillman Company of North Towanda. It features a total of 40 animals, 36 horses of three sizes in various poses, along with a pair of deer and a pair of donkeys. After first being used in Wellsville, the carousel was relocated to Cuba Lake’s Olivecrest Amusement Park in Cuba, where it operated until

the early 1970s. Although the museum purchased the carousel in 1975, it remained in its collections facility until 2011, when it was fully restored and installed in the new Terrace Gallery on the fourth floor.

While admission to the museum is free, a donation of $5 per person or $10 per family is suggested. Carousel rides are also free, however, donations are appreciated.

For more information, visit www.nysem.nysed.gov. The New York State Museum is located at 222 Madison Ave., at the Empire State Plaza in Albany.