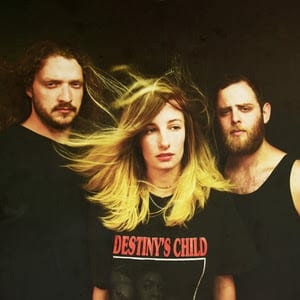 Slothrust are thrilled to announce their new album, Everyone Else which will be released this fall on Dangerbird Records. The first taste of new music, along with full album details, will be unveiled in the coming weeks. To kick off the release of the album, they will be touring with Highly Suspect in this October/November.

“We are so excited to be working with Dangerbird Records on this album,” says guitarist/vocalist Leah Wellbaum. “They are a label that cares about creative risks and creating a space for artists to grow and evolve. This record has been a long time coming and we are psyched to finally share it with the world.”

Few bands wading through the colossal inundation of music in the ’10s have managed to release three full-length albums, let alone ones which see them progressively challenging themselves and raising the stakes artistically. Slothrust have achieved this feat masterfully on their third full-length, Everyone Else, following 2014’s sophomore release Of Course You Do, and their 2012 debut, Feels Your Pain.

Composed of Leah Wellbaum (guitars/vocals), Kyle Bann (bass), and Will Gorin (drums), Slothrust have crafted a veritable fireworks display in Everyone Else—visceral, bone marrow cutting anthems that grab your ear in the short term and sustain their appeal over the long haul thanks to the sheer complexity and originality of the arrangements and lyrical depth.

For a full listing of goings on around the Capital District check out TheSpot518 calendar of events.