by Michael Hallisey
in Food and Drink, The Spot
Reading Time: 3 mins read 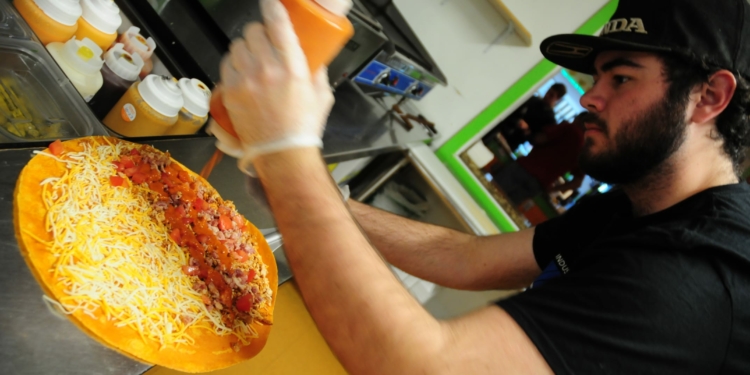 Starting right about now, America is designating what the Brits call Guy Fawkes Day as National Quesadilla Day. And, the method behind the man’s madness who started it all, it falls perfectly in line with honoring the Mexican dish.

The event had been celebrated by Troy’s local restaurants the past two years with their own inspired dishes. Frament has been supported by the Downtown Troy Business Improvement District, local eateries and retail shops, and national eateries, too. In short time, communities throughout the U.S. have participated in the effort, from California, New Mexico and Texas.

“I started National Quesadilla Day because it didn’t exist,” said Frament. “With all the various food days, this was not among them. Quesadillas are usually left as an appetizer or add on item. I thought it was time this bridesmaid became a bride.”

The event is an opportunity for members of the community to show off what they can do with a specific item, all at the same time.”  He also hopes that “the event continues to grow, maybe even to the point of National Coffee Day or National Chocolate Day. Where people take the challenge to create something they normally wouldn’t think of. Plus, it’s a lot of fun. People have been joining in all across the country. My favorite is Idyllwild, California. Just like here in Troy, the community celebrates. What if everyone had the same special for one day? The possibilities are endless.”

As the day nears, Muddaddy Flats is hosting a contest for the best quesadilla recipe and name.  The winner’s recipe will be the daily special in the restaurant on Saturday, Nov. 5. Previous winners included the “Cool Ham Luke,” featuring honey ham, caramelized onions, apples, and honey mustard on cheddar-jack cheese and before that “The Waldorf,” with chicken, bacon, apples, craisins, and chipotle mayo on cheddar-jack cheese.  Those interested in submitting a quesadilla recipe can do so by contacting Muddaddy Flats via email at [email protected] or send a Facebook message to the Muddaddy Flats page at www.facebook.com/MuddaddFlats.