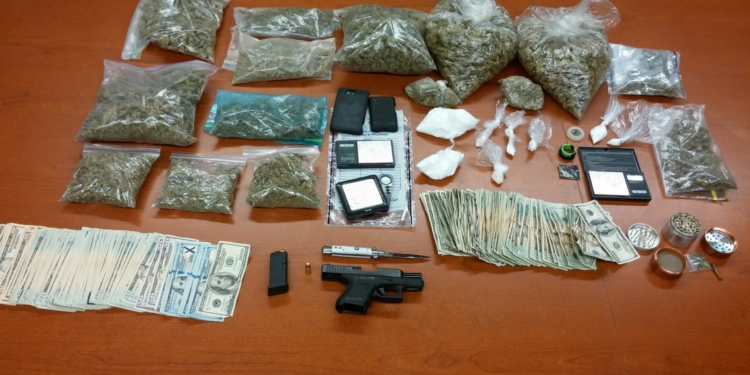 How can New York state best address the issue locally, from a crime perspective?

I helped put together a forum in the Town of Guilderland that brought together law enforcement, health professionals, and families affected by opiate abuse. Landmark legislation to combat the heroin and opioid crisis in New York State passed the legislature and is already signed by Governor Cuomo. The package of bills was passed as part of this year’s session and marks a major step forward in the fight to increase access to treatment, expand prevention, while limiting the over-prescription of opioids in New York. The legislation includes several best practices and recommendations identified by the Governor’s Heroin and Opioid Task Force, and builds on the state’s aggressive efforts to break the cycle of heroin and opioid addiction.[/quote]

We have increased the number of treatment beds by 270 and added 2,335 program slots for substance abuse disorder in New York. More work needs to be done and we must remain diligent.  We must however, do more on the penalty side and increase penalties for those who sell and distribute this horrific drug. [/quote]

I fully believe that drug issues should be decriminalized and treated like they are in Portugal. People use drugs because they are isolated and cut-off, and to punish this, we cut them off and isolate them more. We need a drastic paradigm shift when it comes to drug policy. You can learn my perspective by watching this video here: http://www.attn.com/stories/995/portugal-drug-policy [/quote]

First, strengthen penalties on those dealing heroin or illegal prescription drugs. Second, don’t incriminate the user. It is a disease. Not a crime. We need to focus on treatment, and more importantly, focus on the root causes of addiction; poor mental health, adverse childhood experiences, and the addictive nature of painkillers. We need to invest in strong peer support groups, not just detox and release. We need to change our thinking. [/quote]

Our police agencies are starting to recognize the relative futility of combating the heroin epidemic solely from a crime perspective. As a member of the Assembly, I have introduced legislation, in conjunction with the Governor and Senator Ortt, a Republican from the Buffalo area, to allow family members to petition the court to force family members who are addicts into mandatory 90-day treatment. The bill is controversial because of the element of force involved, but this epidemic needs to be met with forceful measures. [/quote]

What about from the perspective of pharmaceutical companies?

My colleagues and I in the Senate Democratic Conference held the first public hearing on the heroin epidemic in New York. Subsequently we endorsed numerous proposals most have which have now been signed into law. These package of bills that were signed into law limits opioid prescriptions from 30 to 7 days; requires mandatory prescriber education on pain management to stem the tide of addiction while reducing and eliminating insurance barriers. [/quote]

I was the sponsor and lead debater in the Assembly on the bill which has passed to force insurance companies to pay for medications that stabilize addicts hospitalized for an overdose so that they may be in a better position to consider treatment and also precluded doctors from prescribing opiates for more than 7 days for pain. Prescription opiates have a history of later leading to heroin addiction. [/quote]

Heroin addiction is a direct consequence of the overprescription of opioid pain relievers in the United States. According to drugabuse.gov, over the past 25 years, prescriptions of these have “skyrocketed.[1]”  These substances should be treated very carefully because once the supply of them is cut off, individuals will often seek out alternative sources of pain management, in the form of heroin and other opioids.

As noted, serious limits on prescriptions have been adopted and must be enforced. [/quote]

Pharma companies are there to sell products and make money. Pain killers are a major source of revenue. I think that the focus needs to shift to the physicians actually, to be careful about what is being prescribed. New painkillers need to be developed by pharmas that are non-habit forming. At least from a physical dependence sense. Mental dependence gets back to mental health issues raised before. [/quote]