The Sea The Sea is calling the Capital District home; now touring to promote second EP 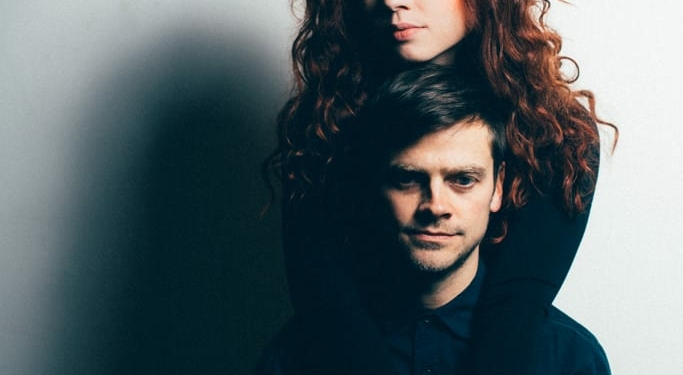 Mira Stanley and Chuck e. Costa are finding themselves home in the Capital District music scene — one they describe as a microcosm of New York City.

CAPITAL DISTRICT — When Mira Stanley and Chuck e. Costa bring their voices together, magic is created.

Since forming The Sea The Sea nearly five years ago, the two singer-songwriters have built a national following through relentless touring and their 2014 full-length album, “Love We Are We Love.”

Now, the duo is set to release their follow-up EP, “In The Altogether,” on Feb. 26. This is the duo’s first album since moving to Columbia County in 2015 and its first with producer and Bethlehem native Troy Pohl.

“With this EP, it’s been two years since our last album. We felt it was time we had something that was representative of where we are today,” said Costa.

Stanley and Costa came from separate worlds to become The Sea The Sea. Stanley came from Charleston, W.V., while Costa grew up on Staten Island – a ferry ride away from the bright lights of Manhattan.

Though Costa was basically a big city kid, he also experienced life in upstate New York. He said his family had a summer house near the New York-Massachusetts border that they would go to on a regular basis. So when Costa and Stanley were looking for a new place to settle, Columbia County became their destination.

“It felt like a good place to be when we would stop there while we were on the road,” said Stanley.

At the time they decided to relocate from New Haven, Conn., Stanley and Costa were already receiving national press from sites such as The Huffington Post, No Depression, American Songwriter and National Public Radio (NPR). Still, they had to weave their way into the Capital District music scene, but it didn’t take them long to build some friendships.

Two of the Capital District musicians Costa and Stanley met over the past year are now part of both their new EP and their touring band – bassist Eric Margan, who is an accomplished singer-songwriter in his own right, and drummer James Gascoyne, whose previous work includes being part of roots-rock band Rodeo Barons.

“We had some great rehearsals with the band, and Troy worked on creating the arrangements,” said Costa. “What you hear on the album a lot is all of us recording in a room together.”

The songs Costa and Stanley write are the anchor for The Sea The Sea. Stanley said there is no formula for how the songs are written. Sometimes, they come to each other with a basic idea that they work on together, and other times they will provide a nearly-finished work to each other.

“I think that’s been great for us because it creates more diversity in the songs,” said Stanley.

The Sea The Sea kicked off a month-long tour across the eastern half of the United States with a Feb. 4 show at The Hollow in downtown Albany. Along the way, it played the Folk Alliance International Conference in Kansas City, Mo., Feb. 20. They will perform on Knoxville radio station WDVX’s weekly live broadcast, “Tennessee Shines,” Feb. 24 before weaving its way back north through Charlotte and Asheville, N.C., Stanley’s hometown of Charleston, Pittsburgh and Wakeman, Ohio.

Once they get off the road, Costa and Stanley will consider their next move.

“That’s the six million dollar question for us,” said Costa. “We don’t have a long term plan.”

The one thing Costa and Stanley are sure of is they are enjoying their time being part of the Capital District music scene.

“For the foreseeable future, this is where we want to be,” said Stanley.