Scarecrows to spruce up Albany 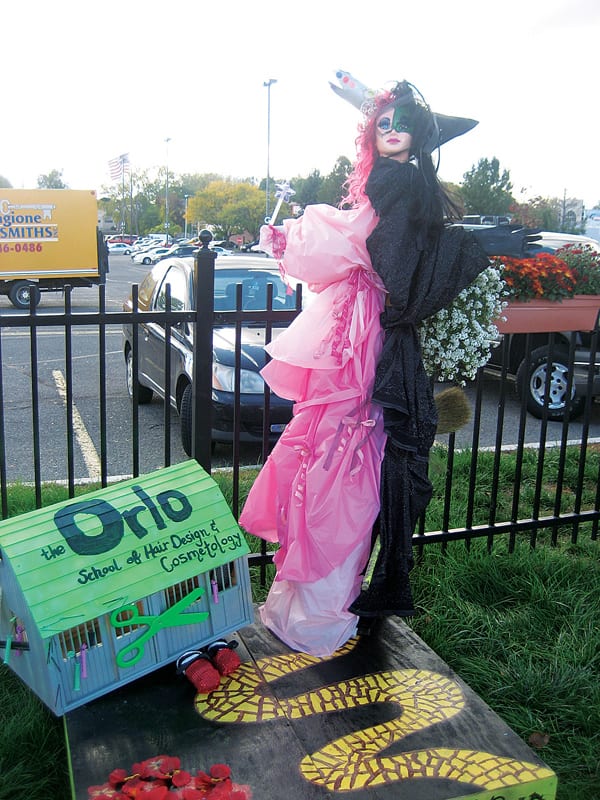 A scarecrow presiding over a cornfield is as common in the farmlands of the Capital District as it is a staple of Halloween imagery.

And you’re about to see more of them.

For the third year, the Central Avenue Business Improvement District (CBID) has ushered in the Scarecrows on the Avenue Contest, challenging area residents an businesses to compete for who can construct the best, and win $500 in the process.

“The scarecrows are a real life social marketing and quality of life idea,” said Anthony Capece, executive director for the Central Avenue Business Improvement District. “It just takes something so simple and fun for just about anyone and brings it to life. It’s also a great promotional way to let people know about a cause or organization.”

Area residents will soon start to see more hay men along Central Avenue, in the West End section of Albany. Scarecrows will be on display on the fences in front of Hannaford Plaza, Westgate Plaza and ShopRite Plaza from Oct. 10-24. CBID estimates that 40,000 vehicles travel this stretch of Central Avenue each day.

“It should really spruce up the areas for fall,” said Capece. “And that’s good for business.”

Contestants were asked to submit $20 along with their entry form by Sept. 26. This year, dozens will compete for the top prize.

“This year, we have 20 contestants, including businesses, schools, and community organizations,” said Molly Belmont, of CBID. “We started this contest three years ago as a way to spruce up the district for fall. This is a fun, team-building contest, and it gives our merchants a chance to get some free advertising for their businesses in a very busy section of the city.”

Scarecrows have served farmers for centuries to ward off vermin and would-be thieves, but the origins of their creation is lost today.

Lori Rotenberk, an author out of Chicago, tackled the subject for an article published in Modern Farmer magazine in May. What she found could reinstill the fear behind the sight of a human form hanging in effigy.

Through her research, scarecrows have been in use in the Americas as early as 1585, as depicted in artwork at that time. As the name hints, the fashioning of a figure, standing above the crops, was to scare away crows and other birds. This replaced having children and farmers standing watch themselves, especially as farms grew larger. Some people go so far as to suggest there is a religious connection. Still, others hypothesize further to suggest ties to the man who ultimately inspired another Halloween icon – Dracula. Vlad III, Prince of Wallachia, is heralded as a hero in modern day Romania, but the stories behind how he treated his enemies on the battlefield posthumously earned him the name Vlad the Impaler. In life, however, he was known as Dracula. His name, which translates from early Romanian as “The Son of the Dragon,” references the legacy of his father, Vlad II Dracul.

There have been more lighthearted portrayals of scarecrows since Dracula’s reign.

Actor Ray Bolger starred in the 1939 film, “The Wizard of Oz”. Michael Jackson adopted the same role in a 1978 Motown Production/Universal Pictures adaptation called “The Wiz.”