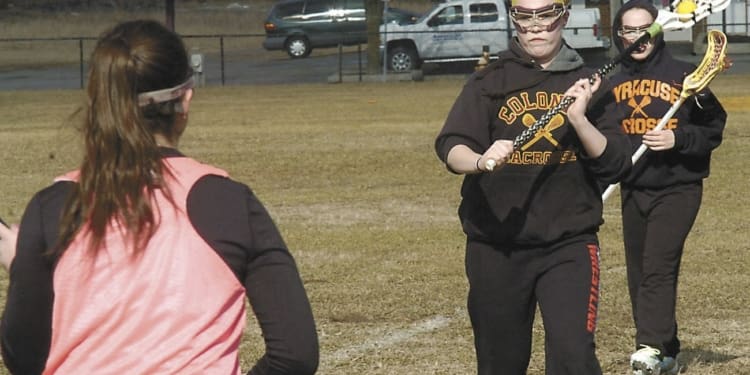 Gina Riitano doesn’t want to hear about the past or think about the future.

All Riitano is focused on is turning the Colonie girls lacrosse team into a winner this year.

“We’re clearing the slate completely,” said Riitano, who takes over for Marylou Vosburgh. “It’s like they’re learning a new game.”

The Lady Raiders have been near the bottom of the Suburban Council standings for the last several years, but Riitano said it’s never been due to a lack of desire.

“I remember the first year I was on varsity at (Albany) Academy (in 1998), and we played Colonie, which was in its first year of varsity lacrosse,” said Riitano. “They played us close the whole way. Right there, I saw the scrap and heart these girls had that day. So when I saw this job opening up, I knew I had to get it.”

The group Riitano is working with is loaded with veteran players. Colonie returns most of its lineup from last year, including eight seniors.

“Our goal is to just fight in every game, win as much as we can and come together in Sectionals,” said senior defender Julia Halburian.

“It’s a tough league, but with all of the new coaches in the league I feel it’s wide open,” said senior midfielder Nicole DiPiazza.

Riitano has spent the first two weeks of the preseason teaching the players new techniques she said she believes will make them a more skilled team. It’s the same thing she did when she coached the Boston College club team.

“When I got there, we were one of the worst club teams in the nation. The first year I was there, we went to the national (college) club tournament and reached the semi-finals,” said Riitano.

DiPiazza and leading scorer Kim Carr is back to anchor an offensive unit Riitano said will take a balanced approach to attacking the goal.

“What I love is that we have so many different weapons, and that’s going to be so incredibly important in this league,” said Riitano. “They know the importance of playing as a unit.”

Ultimately, it’s Colonie’s willingness to battle game in and game out that will determine how far it can go.

“I just gravitate towards these type of scrappers,” said Riitano. “If they’re willing to learn, then I’m willing to coach them.”

Colonie has a tall task in its season opener March 28. The Lady Raiders host defending Suburban Council champion Guilderland. But, Riitano said her team won’t back down from the challenge of meeting the Lady Dutch.

“We’re not worried about anybody but ourselves,” said Riitano.

EDITORIAL: New York: We can do better than No. 1