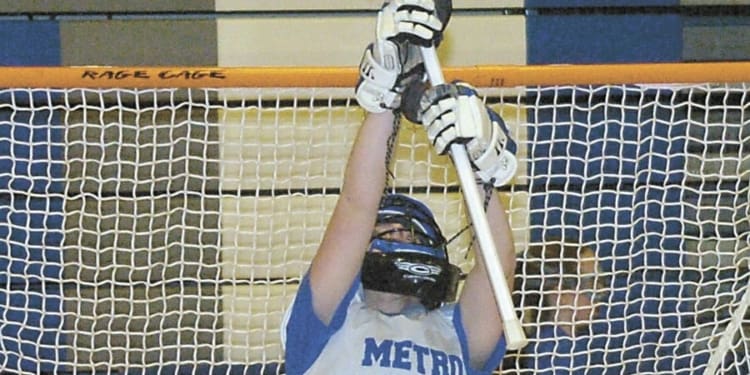 Much has changed with the Shaker girls lacrosse team since it lost to Section V’s Penfield 5-4 in last year’s state semifinals.

However, new coach Kara DePaula said no one should take Shaker lightly entering the 2013 season.

“We lost a lot of people, so we thought it was going to be a rebuilding season,” said DePaula. “But these girls have worked hard to make sure they’re ready for this season.”

The heart of Shaker’s success last year was in the defensive half of the field, where Morrison was a rock in goal for the Blue Bison. That role has been passed on to Julia Maloney.

“Julia Maloney is going to be amazing this year,” said DePaula. “She was good last year, but there’s only one position for goaltending and we had Anne Morrison.”

Maloney said she’s ready for the challenge of replacing Morrison, who shut down some of the top offenses last year in guiding Shaker to the Sectional title.

“She was a great goalie, and it’s a lot to live up to,” said Maloney. “But I’ve watched her over the years, and I feel like I’ve picked up enough to carry on the tradition.”

Maloney will have a veteran defensive crew to support her. Julia Enright, Maddy Smith, Lynn Roberts and Eva Torncello all all back for the Blue Bison.

The offensive unit is a different story, though. Without Rehfuss, Smith and Cheney, Shaker will need a new group of players to step up.

“We lost a lot of players on offense, but we have some young girls back,” said DePaula. “Hopefully, we can pull it together on offense.”

DePaula’s main concern is putting all of the pieces in place before the start of the Suburban Council season March 28 at Niskayuna.

“As someone who’s played and coached lacrosse at the collegiate level, I’m used to having a lot of prep time,” said DePaula. “It’s just hard to come in as a new (high school) coach and getting to know your players in four weeks or less.”

Maloney said DePaula has done a good job in the two weeks she’s been working with the team.

“I really like her way of coaching,” said Maloney. “She’s really nice, but she’s tough when she needs to be.”

Shaker’s home opener is April 2 when it hosts Ballston Spa.

Another change at Bethlehem