SPOTTED: Colonie 12 U All Stars get by Tri-Village for District 14 title 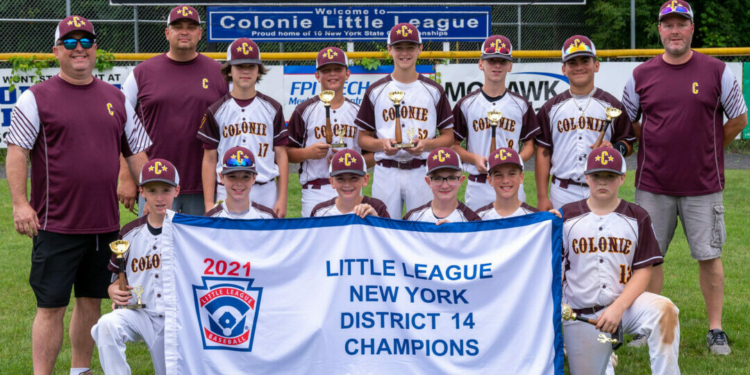 COLONIE — The Colonie Raiders 12U All Star team won the District 14 Little League championship by getting by Tri-Village of Bethlehem 10-3 on Sunday, July 11, at Cook Park.

The team, which is on an 8-0 win streak, will play Hudson in a best of three series beginning Tuesday at Cook Park and then travel to Hudson for game two. If a game three is necessary, it will be played in Hudson.

The Raiders added a run in the fourth and two more in the fifth while shutting out Tri-Village.

Sammy S., Jack C. and Evan O. split the pitching duties for Tri-Village, giving up 10 runs on nine hits while striking out nine and walking seven.

The 12U team from Colonie is on a roll and are 8-0 in the post season, beating Pittsfield, Cohoes, East Greenbush twice, Tri-Village three times, Twin Town. They have outscored the opponents by a collective 81-15.

Information generated by scorekeepers on Game Changer. Click on a photo below to view a slideshow of the rest.

SCRI poll: Some New Yorkers emerge from COVID-19 heavier, some depressed and some with a new hobby