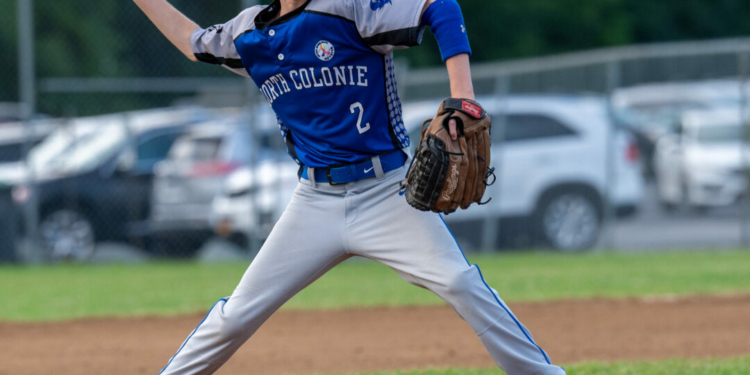 LATHAM — It took an all hands on deck effort to get the fields ready for the 12U Babe Ruth All Star tournament on Friday, and when the games did get going two hours after the scheduled start time, North Colonie Bison trounced Clifton Park 13-2 in four innings.

The state tournament, hosted by the North Colonie Youth Baseball Association at their fields off Route 9, was supposed to have wrapped up with the championship being played today, Friday, July 9, but a soggy end of the week postponed a number of games. Now, depending on the weather, officials are hoping to decide who goes to the Regionals in Cherry Hill, New Jersey next week by Sunday.

Against Clifton Park, Brayden A. went 2 for 3 with a double and a towering solo homerun over left center for one of his two RBIs. Braden W. had two singles in two at bats and drove home three runs.

Austin M. started the game for the Bison and went two innings giving up no runs and just one hit while striking out one and walking three. Brad I. went the next two, giving up two runs on two hits while walking three and Lucas M. finished it up and did not allow a run or a hit but struck out two.

Clyne and Mochrie split the pitching duties for Clifton Park giving up 13 runs on 13 hits while striking out three and walking six.

All teams will play again on Saturday, and if the weather cooperates, the 12 U championship should be decided on Sunday.

The last names will be added to our print edition but they were not available Friday night.