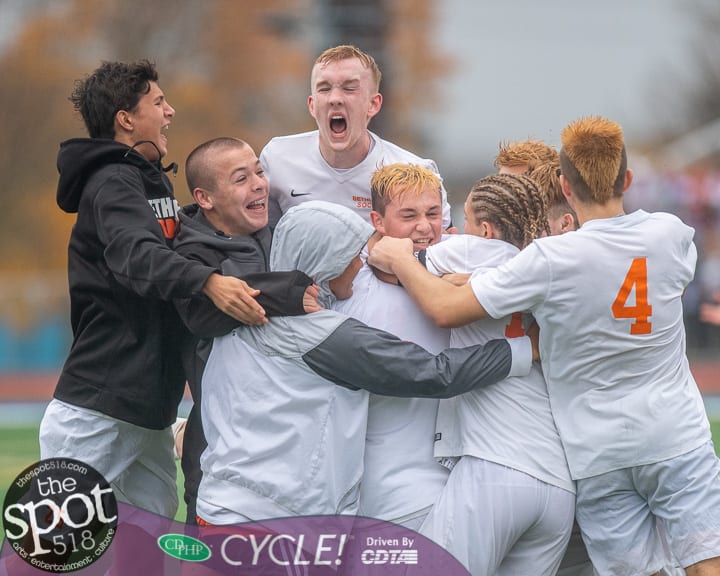 TROY — After 79 minutes and about 50 seconds of play with the score knotted at zero, everyone thought the Section II Class AA semifinal battle between CBA and Bethlehem was headed to OT.

The ball was in the CBA half of the field when Bethlehem’s Jeevan Nigam got control of a long ball in the corner of his end. He put a perfect cross between two CBA defenders that was controlled by Aidan McCaffrey, who was all alone right in front of CBA goalie Dan Kelly.

With 5.5 second left on the clock, McCaffrey scored his second goal of the season to beat the No. 1 seed and defending Section II champs CBA.

Village of Colonie Mayor Frank Leak is stepping down