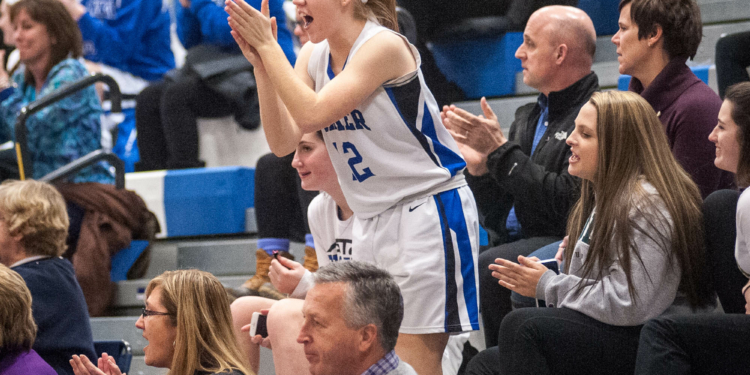 COLONIE – The Shaker girls basketball team is no longer undefeated in Suburban Council play, losing at home to Saratoga 49-40.

Playing catchup led to turnovers and rushed, poorly selected shots by the Blue Bison while Saratoga (12-5, 13-5) played solid defense and pounded the boards.

Shaker did make a game of it, though, cutting the lead to three with just 1:09 left in the game.

But, thanks in part to two clutch free throws by freshman Catherine Cairns with about a minute left, never came any closer.

Cairns led all scorers with 19, including going five of six from the line in the fourth quarter.

Shaker was led by senior standout Sierra “CeCe” Mayo with 15, including eight in the third quarter.

For Saratoga, sophomore Kerry Flaherty had 12 points while juniors Briann Barringer and Taylor Patnode each had five points.  Juniors Amanda McGinn and Kara Vamvalis each had four to round out the scoring for Saratoga.