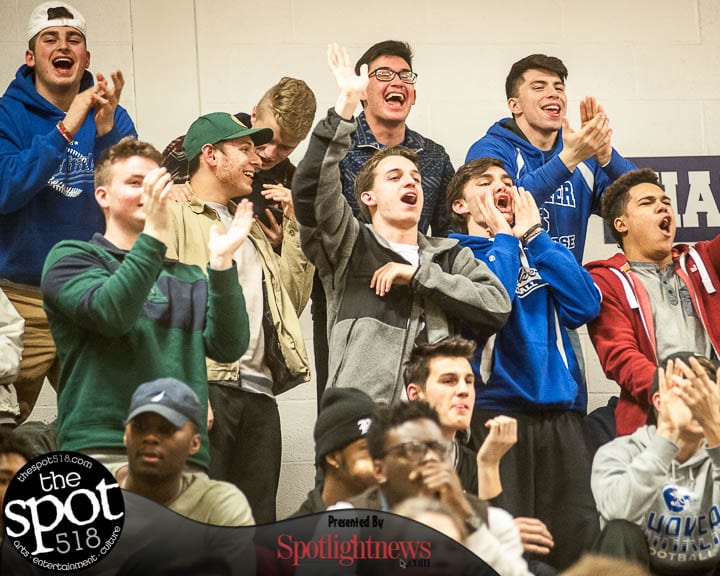 The smaller, quicker Brothers made a game of it on the road, playing even with the Bison well in the third quarter and had the game within a point with 1:45 left on the clock.

But 6-foot, 9-inch sophomore Jacob Cook’s 25 points, including 13 in the third quarter, and junior Sloan Seymour’s 16 proved too much. Seymour, a former Brother, had seven in the fourth quarter including two big free throws with less than 15 seconds left.

Leading the Brothers was sophomore Jordan King with 15, including nine from beyond the arc. Nick DeBrino and Scott Trobridge added 13 each while Peter O’Toole chipped in 10.

Others contributing to the Blue Bison win were Jack O’Donnell with eight, Jack Bush with five, Cameron Germaine and Davin Mahoney with four each and Mekai Dare and Brandon DiCostanzo chipping in a basket apiece.

Rounding out scoring for the Brothers were Andrew Signor and Pryce Wasula with five each.

Shaker travels to Mohonasen on Friday, Jan. 13 while CBA goes on the road to play Colonie.

Click on a photo below to view the rest of the gallery in full size.

EDITORIAL: Fight for $15 is a bad idea