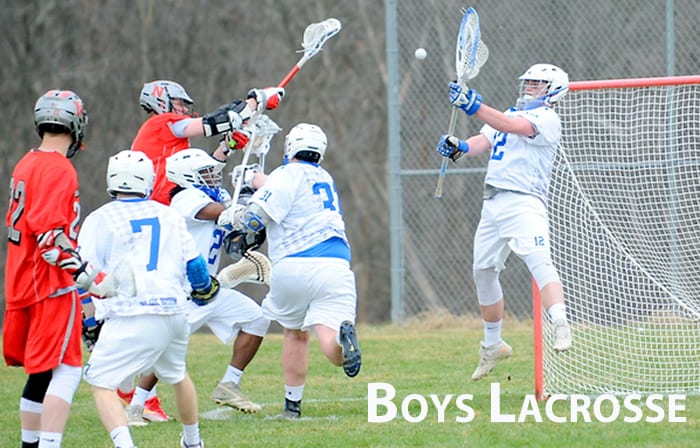 Kevin Dyer led Guilderland with a hat trick and an assist.

Elsewhere in the Suburban Council, Colonie doubled up Albany 8-4, while Christian Brothers Academy fended off Columbia 9-5.

Luke Anthony and Nolan Aery each had hat tricks for CBA in its win against Columbia. Anthony also helped out with three assists, and goaltender Darrian Poole stopped 15 shots.

Gregory Gavitt and Ricker Fredericks each tallied twice for Columbia.

Bethlehem jumped out to a 7-0 lead and cruised past Schenectady 19-10 in Delmar. Jake Szelest led the Eagles with six goals and an assist, while Devon Halliday contributed six assists. Ethan Sheraw struck for four goals, and Ryan Starr added a hat trick and an assist.

Shaker eased past Troy 14-1 in Latham on a night where the school honored 35 years of boys lacrosse by unveiling its list of the top 50 players in the program’s history.

Kids are busting out: Stockade Kids opened for the Village People, now take on Tulip Fest this weekend