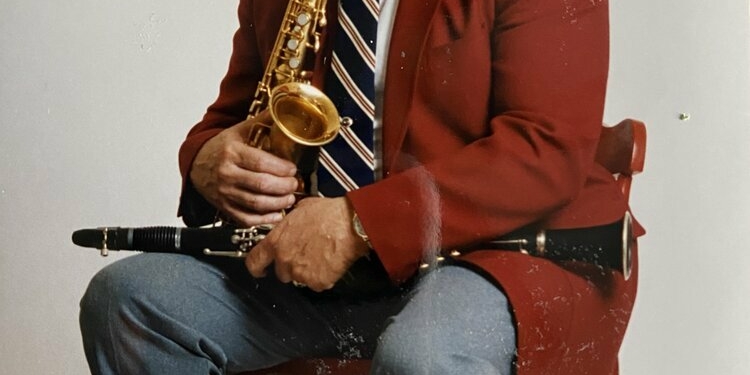 ALBANY — Skip Parsons, a constant figure in the local music scene and whose Delmar storefront helped supply musical instruments to scores of high school students, died Thursday night, April 21, following a stroke he had suffered days before. He was 86.

According to his family, Parsons had suffered a stroke on Monday. He was later admitted into hospice care before he passed Thursday evening.

“Dad is at peace now and they are all having one helluva jam session up in the sky,” the family shared in an online statement that evening.

For nearly 50 years, his Skip Parsons’ Riverboat Jazz Band filled the room every second weekend of the month at The Fountain on New Scotland Avenue. It was a tradition that ran from 1971, when the venue’s original owner gave the band its original two-night residency, to soon after the restaurant changed ownership in 2019.

“Skip was a very humble guy who had a lot to brag about,” said musician and Blue Sky Studio owner Scott Apicelli. “I had the pleasure of knowing Skip for over 4 decades, and I respected him greatly as both a person and as a player.”

For 20 years, Parsons owned a music store next door to the Saragota Shoe Depot on the corner of Groesbeck Place and Delaware Avenue. From there, he helped repair and match instruments with local high school students. The store closed in 1998.

“I always thought I’d hear him play one more time,” said Michael Benedict, whose first job was working at Parsons’ music store. He said there was nothing better than the time spent “in between students,” where Parsons made him laugh like no other. In later years, Benedict would sub in to perform in the jazz band. Parsons, as a bandleader, “was very particular,” he said. “He was sort of like Buddy Rich in that he expected perfection from his band and never gave less than 100 percent in his own performances.”

Parsons and his band are forever linked to the 1980 Winter Olympics and the celebration that followed the United States hockey team’s 4-3 victory against the heavily favored Soviet Union squad. ABC’s Al Michaels helped dubbed the game, “The Miracle on Ice.” For Parsons, he never played to a more jubilant crowd.

“Then all of a sudden, the doors flew open and [fans] come screaming. And I thought, well they must have won,” Parsons told The Spotlight’s Rob Jonas in 2016. “Anyway, they came over and they tried to pick up Ernie (Belanger) with his sousaphone … and this was all on the front page of the New York Post the next day.”

Parsons is survived by an extended family that includes his wife Linda; daughters, Stacey Plante and Jill Wilson; and grandsons Alex and Josh Plante.

A Funeral Mass will be celebrated at St. Thomas the Apostle Church, 35 Adams Place, in Delmar on Thursday, April 28, at 10 a.m. Relatives and friends are invited to visit with Skip’s family on Wednesday, April 27, from 4 to 7 p.m., at the Applebee Funeral Home, 403 Kenwood Ave. in Delmar.