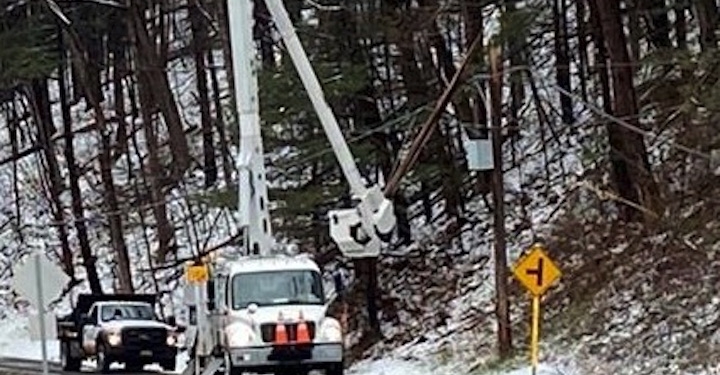 ALBANY COUNTY — An early spring snowstorm that brought gusty winds and dumped more than a foot of snow in the hilltowns left thousands of residents without power on Tuesday, April 19.

Counties west and north of the Capital District suffered the brunt of the storm, dropping 18 inches of snow. Wind gusts of up to 50 mph in some areas left hundreds of toppled trees, tree limbs and downed wires in its wake. National Grid said the storm knocked power out for more than 200,000 state residents.

According to the National Weather Service, Albany International Airport recorded only 2.8 inches of snow by Tuesday morning, but areas west and at higher elevations received more. Altamont reported 6.2 inches. The towns of Knox and South Berne recorded 7.5 and 8.5, respectively. Rensselaerville recorded the highest snowfall with 12.6 inches.

Within 24 hours, National Grid crews had restored power to 200,000, or 90 percent, of the 221,000 upstate New York customers impacted by the severe weather that caused significant and widespread damage across central, northern and eastern New York this week.