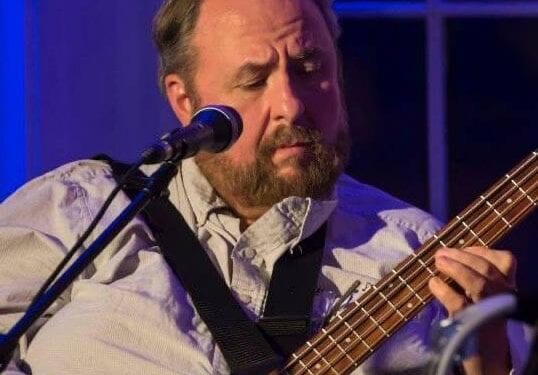 SARATOGA SPRINGS — Tony Markellis was like all of us, waiting out the pandemic before live music would be a thing again. The Saratoga music man who could call Grammy Award-winner Bonnie Raitt and Phish frontman Trey Anastasio friends didn’t get to see the day. The revered bass player died Thursday, April 29, at 68.

Markellis adopted the Spa City as his home more than 45 years ago. By any measure, that makes him a local. But, truly, he was a product of Big Sky Country in Montana. While studying at the University of Michigan in Ann Arbor, he established an outstanding reputation playing bass for Paul Siebel, Rosalie Sorrels and Johnny Shines. Raitt later suggested he move east.

Markellis found the jazz fusion quartet Kilimanjaro in 1979. The Vermont band’s first album reached No. 3 in the country for National Jazz Radio Airplay. He’d later play in The Unknown Blues Band with Big Joe Burrell, and perform in concert halls, clubs and festivals across North America, Europe and Russia.

On his website, Markellis took a modest four paragraphs before doing “a little name dropping” of those artists he has performed with over four decades as a professional. In upstate New York, whose jam band community annexed Burlington, Vermont as part of its own Phish Country, Anastasio’s name stands out the most. In an online tribute to his longtime friend, Anastasio called him a “truly remarkable human being.”

“He was kind and had a sweetness to his personality,” Anastasio wrote, “and he was the baddest bass player I’ve ever heard. I loved Tony, and I always will.

“I’m having a hard time processing this.”

Markellis had shared how much he enjoyed playing alongside Anatasio after he was asked to play alongside him in a side project outside of Phish in 1998. The Trey Anastasio Band progressed from playing theatre tours in 1999 and amphitheaters in 2001, to closing out the first annual Bonnaroo Festival.

“I can’t remember when I’ve ever had so much fun playing music,” he said.

Saratoga Springs was his home. His love for Caffe Lena was apparent. Marble Eyes played Putnam Place as news of his circulated around the Spa City. The visiting band paid tribute to him by playing a few of his songs to close out its Friday night set.

But, despite the life he had established as a musician, he also drew inspiration from his roots while penning short stories about the West. In 2020, Vermont’s Shires Press published Markellis’s first book of short stories, “Life…Real & Imagined.” A second book was reportedly already sent out for printing.

“The world was a better place with you in it,” said Bell, recalling another musical project of Markellis’ that would earn accolades with The Metroland as its Best Live Act of 2006. “Some of my favorite shows were those No Outlet shows with you, Kevin [Maul] and Dale [Haskell]. May you play with the greats already up there.”

Maul was at a loss for words after Markellis died. Instead, he shared those from Billy Eli who recalled a few memories from playing with them.

“It’s impossible to sum up Tony’s playing in a few short lines,” Eli wrote, “but he managed to do that with his email address — playitlikeyoumeanit.

“Tony always played it that way.”