by Michael Hallisey
in Government, Schools
0 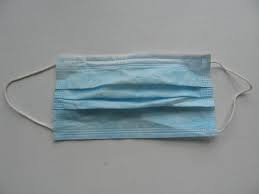 ALBANY — A Friday letter from the head of the state Health Department pushed local school administrators to react through the weekend in order to clarify expectations surrounding masks in schools the following Monday.

By Sunday afternoon, districts informed their families that their respective schools would continue to require masks as they have been, in light of recent changes the U.S. Centers for Disease Control made to its guidelines in relation to summer camps.

“Today, Sunday, June 6, the New York State Education Department informed school districts that until a response is received from the CDC, no changes will be made to existing mask protocols for school districts in New York,” stated Bethlehem Central Superintendent of Schools Jody Monroe. “All protocols regarding mask use in the Bethlehem Central School District remain unchanged in accordance with existing federal and state guidelines.”

RCS sent a similar message, citing local schools had not received “definite regulatory guidance” to make any changes to its virus mitigation policy.

“Mask wearing will continue in accordance with school district reopening plans that were developed based on the comprehensive state guidance of last summer,” stated RCS through another Sunday email to district families.

Schools remained cautious as they immediately sent messages to their families following news of the state Health Department’s intent to lift mask mandates. Each district stated they would await further instructions before making any changes.

State Commissioner of Health Howard Zucker shared he was ready to lift mask mandates after the CDC announced its guidelines pertaining to summer camps. As public schools often play host to camps during the summer months, Zucker informed the CDC he’d do the same for schools.

“As many camps take place on school grounds, both serve school-age children, and the end of the school year/start of the camp season both occur in June, New York State plans to align our school and camp mask guidance,” Zucker wrote the CDC, laying out his “minimum state-wide guidance” to CDC Director Rochelle Walensky.

In four bullet points, Zucker stated not fully vaccinated individuals would be “strongly encouraged but not required” to wear masks indoors or out. Intrinsically, vaccinated students, campers and staffers could also be mask-free.

“If there is any data or science that you are aware of that contradicts moving forward with this approach, please let me know as soon as possible,” Zucker wrote in his June 4 letter. “We plan to make this guidance effective on Monday, June 7.”

Zucker’s timing comes within three weeks before schools are scheduled to close for summer break. Districts are still fielding questions regarding how schools will manage classrooms next year following President Joe Biden’s push to have students move from remote learning. Bethlehem Central had previously scheduled two Q&A sessions with Monroe on Tuesday and Wednesday, June 8 and 9.

“Announcing on a Friday afternoon that masks will now be optional for both vaccinated and unvaccinated people in schools starting Monday — with only three weeks remaining in the school year — is whiplash-inducing news,” Pallotta shared in a statement. “Short of any additional guidance from the state or the CDC before Monday, we implore school districts to closely evaluate local conditions and connect with their educators and parents to decide the best course of action for protecting their school community.”

Zucker did state in his proposed guidelines to the CDC that schools and camps could choose stricter standards at their own discretion. But, as schools proceeded to send their statements out on Sunday afternoon, it was evident that the state Education Department advised districts to continue with their mask requirements. Before the end of the day, Guilderland and Voorheesville Central schools informed their district families, too.

POINT of VIEW: The sheriff rides into Albany

Katie Louise, In the Valley performing at Frog Alley on June 13