Town of Bethlehem won’t vacuum leaves this spring due to reduced workforce, COVID-19 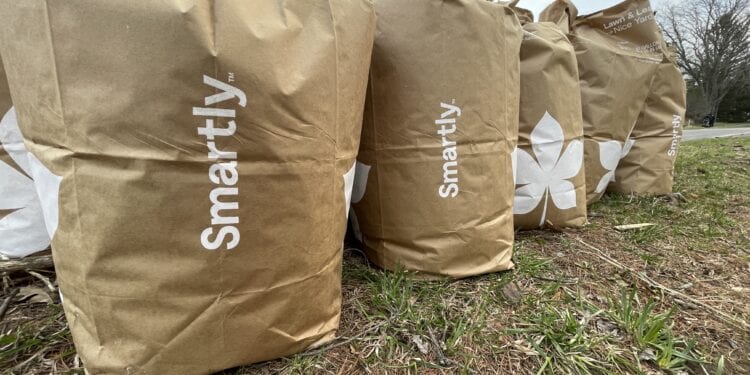 DELMAR — Some residents kicked up a bit of dirt while talking about recent changes to town policy associated with yard waste.

The town’s highway department has offered a vacuum service during a finite period of time in both the fall and spring seasons. Outside that window of time, the town will only collect bagged yard refuse.

In previous springs, residents have grown accustomed to piling leaves on the side of the road during the first days of spring. With the recent string of warm days, some of those residents did just that only to find the vacuum won’t be coming.

“During the month of April, we are asking town residents to use barrels or yard waste bags for their yard waste,” Highway Superintendent Marc Dorsey shared in a statement posted on the town’s website on Tuesday, March 30. “This will help streamline this task and enable the Highway Crews to move efficiently through town to get this job done.”

The notice, however, came nearly two weeks after some residents had already started tending to their yards after a long winter. The weekend of March 20-21 saw daily highs push above 50 degrees. The Albany International Airport recorded a high of 62 degrees on that Sunday.

“I had raked things to the curb thinking there would be a pickup only to learn later I had to bag everything,” Delmar resident Kelly Jeffers wrote on social media. “Walking through the neighborhood, I have noticed that many others have done the same.”

The highway department purchased two new leaf vacuum units last year. The highway superintendent credited the units with helping pick up duties last fall. But, the vacuum units won’t be used this spring, and it’s not for the lack of hardware.

Dorsey blamed the current pandemic for cutting into his staff size. The highway department is without seasonal workers this year. For every two town employees on each truck, one seasonal worker from the Glenmont Job Corps joins the crew.

The highway superintendent said the job corp pulled its help because of the pandemic. He also pointed towards CDC virus-mitigation guidelines, suggesting only two employees to each truck.

“Our overall goal is always service to community and safety for our highway crews,” Dorsey stated. “We will not stop until the yard waste, brush and leaves are removed from resident’s curbs.”

The town’s Household Hazardous Waste Days opens with the first event this Saturday, April 17, at 8 a.m. But, if you’re not among the first 200 residents who pre-registered, don’t show up.

The Town Highway Garage is hosting Saturday’s event, and the highway superintendent warned residents that space is limited due to COVID-19 restrictions. There are, however, opportunities to go elsewhere later in the year, he said.

Unlike previous years, electronics will no longer be accepted. Televisions and other consumer electronics can be recycled year-round at the town’s Rupert Road Transfer Station.

Bear sightings are often reported throughout the town especially in spring. A reminder from the town’s Animal Control Officer: People who think they are doing wildlife a favor by feeding them and getting them used to humans are doing them a big disservice.

What causes Human-Bear Conflicts? The simple answer is food! Bears are more likely to seek out human food sources in the spring, when natural food is scarce, and in the summer, particularly during periods of drought. The leading cause of bear complaints in New York is bears getting into residential garbage and birdfeeders. Remove bird feeders from April 1 – November 30. New York’s black bears begin emerging from their winter dens in mid to late March. Bird feed such as suet and seeds are a very strong attraction for bears, even if they can’t reach it.

, even the incidental, indirect feeding of black bears is unlawful. If a bear continues to forage for food near humans, it will be trapped and tagged in the ear. If trapped a second time, tagged in the other ear. Third time destroyed!

Reducing Bear Attractants Good housekeeping is a requirement wherever black bears are found. Simple sanitation measures can be the key to avoid attracting bears. Take responsibility for your safety and encourage your neighbors to do the same!

Remove bird feeders after April 1. New York’s black bears begin emerging from their winter dens in mid to late March. Bird feed such as suet and seeds are a very strong attraction for bears, even if they can’t reach it.

Do not feed pets outside. Leftover food or even an empty dish can attract a bear.

Remove the grease can from grills after every use. Turn the grill on “High” for several minutes after you are done cooking to burn residual odors off the grill.

Do not place food outside to attract any wildlife. Any food stuff used to attract birds, squirrels or other wildlife will also attract bears.

Do not operate refrigerators or freezers outside or on porches. Bears can smell what is inside.

Garbage is extremely attractive to bears! It should always be kept in sealed garbage cans inside a sturdy building like a garage or shed. Anything with an odor can attract a bear. Note: Burning garbage is illegal and may increase its attractiveness to bears.

Bear resistant trash cans are used all over the country to eliminate human-bear conflicts.

If you frequently find bears foraging in your garbage cans, despite proper storage, consider using a bear-resistant trash container.

If you have curbside garbage pickup- Take out trash just before your scheduled pickup. Do not put garbage at the curb the night before.

Do not place meat or bones in compost piles.

Electric Fencing is an effective tool for keeping bears out of apiaries, chicken coops, compost, and gardens.

Keeping Humans and Bears Safe In New York State, people and black bears often find themselves living nearby one another. Bears can obtain all of the nourishment they need from the forest but they are intelligent and opportunistic animals that will find and consume whatever food they can access most easily. Since bears must often cross roads and pass through developed areas to find the varied habitat types that produce their seasonal food sources, they often find human foods readily accessible along the way, if homeowners do not take necessary precautions. Not every bear that passes through a developed area is a ‘problem bear’, but available human food sources can quickly turn them into one. Frequently, humans unknowingly create potential food sources for bears that may attract them into close proximity to residential areas and subsequently result in human-bear conflicts. These conflicts are often associated with activities not intended to attract bears, such as feeding birds, improperly storing garbage, and leaving messy grills and pet food outdoors. Most conflict scenarios in New York can be resolved or minimized by removing or adequately securing whatever served to attract the bear. Bears are opportunistic feeders and will remember where they find easy food, and return to that location frequently. Intentional feeding of bears or repeated access to human foods without negative consequence can lead bears to become habituated (lose their fear of humans) and to become food-conditioned (actively seek out human foods). Habituated and food-conditioned bears may become bolder in their efforts the longer they are successfully able to access human foods, and will eventually become involved in human-bear conflicts. These food conditioned bears are significantly more likely to be hit by cars or shot illegally by people who mistakenly perceive a threat to their own safety. Report a Bear Problem. Contact your regional DEC wildlife office to report black bear related damage.

Bethlehem Central to adopt $102M budget tonight, present to voters in May