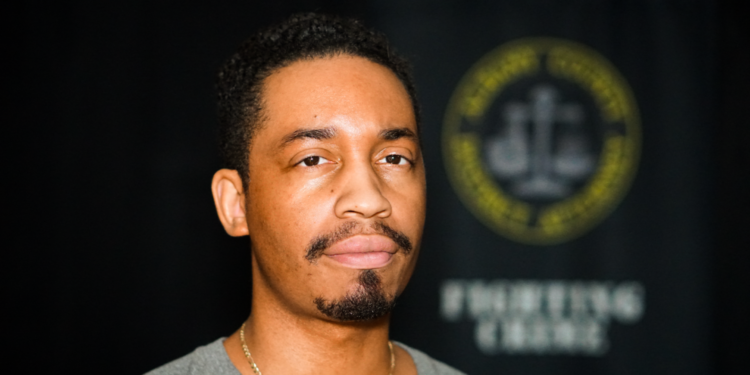 Darrell Camp is the spokesman for the office of Albany County P. David Soares. Prior to that position, he was a reporter and commentator on PBS and held the same position in radio at Talk 1300/98.7, after starting his career at Albany Broadcasting in 2013. The 2009 grad of Redemption Christian Academy in Troy and 2012 graduate of the former New School of Radio and Television grew up in various parts of Troy and now lives in Colonie.

Q: Was it difficult for you to make the transition from reporting the news to advocating for a particular cause or office regardless of your personal beliefs?

A: The transition from reporting to what they call the “dark side” wasn’t particularly difficult, because the office generally aligns with my personal beliefs. In my observation, everything that happens in this organization is a function of our mission to uphold the law, which is something I believe in.

Q: When you took the position, you said the Office of the District Attorney is about more than law enforcement. What does the office do besides prosecute criminals that is near and dear to your heart?

A: DA Soares often recites a Frederick Douglass quote “It is easier to build strong children than to repair broken men,” in reference to our outreach efforts in the community. We’ve been tasked with engaging in crime prevention strategies, and investing in the youth is one way we do that. In addition to those efforts, Assistant District Attorney Renee Merges goes through cases every day to see if they qualify for one of our diversion programs. Diversion is a precision instrument that improves outcomes for both the defendant, and society.

Q: Based on social media, you are into gaming and working out — two opposite ends of the recreational spectrum. For you, what is the allure and benefits of each?

A: Gaming and working out actually serve the same function in my life; bonding with friends over a really difficult activity. As far back as I can remember, I’ve known jocks who were into nerdy things, but were afraid to be open about it because of social stigmas. In the opposite direction, I’ve always known nerdy people who had an aversion to physical activity because of the kinds of people they perceived to be involved, or because of a seemingly high barrier to entry. I’ve always been interested in both, and I think breaking the stereotypes about either kind of person is important. You probably have more in common than you think with people who appear to be different. On a related note, the District Attorney (another nerd/jock hybrid) is a walking Spider-Man encyclopedia, which is actually quite jarring at times.

Q: You are one of many to leave broadcast journalism in the past couple years. Why do you think there is such an exodus of talent?

A: I think you’ll hear most people say that it’s a trend because of conditions in the industry today — pay, hours, and creative freedom. Those are contributing factors in retention difficulties, but I think there’s an element of chance at play as well. It seems that we’ve reached a point in the careers of many reporters where they have accomplished what they set out to do in the industry, and other opportunities arose.

Q: You are known for playing the piano on Facebook live. Who is your favorite piano player and why?

A: I have two answers here. As far as contemporary musicians, I discovered a guy named David Sides on Youtube about 15 years ago. He covers a lot of top 40 and hip hop songs, which is what I usually cover as well. If we’re going classical, then that’d be Frédéric Chopin. To bring this full circle, I discovered him through a video game called “Eternal Sonata” about 13 years ago. In real life, Chopin died of tuberculosis at 39 years old. The video game setting is a fever dream in his head, while he’s on his death bed. His music was heavily featured in this game, which made me a fan over time.

The Hollowed Harvest has returned to the Altamont Fairgrounds