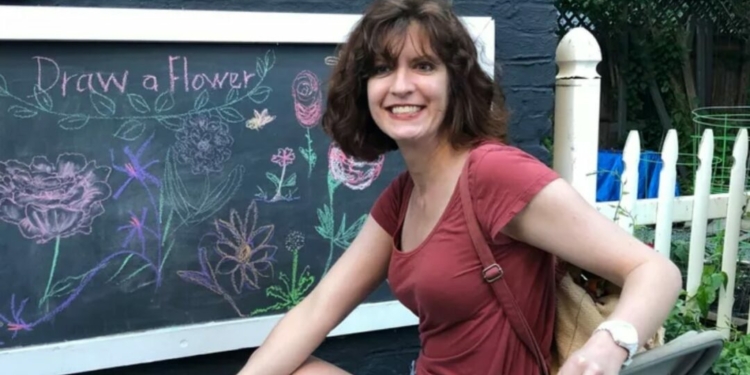 The family of the late Meghan Marohn is holding a service for the former Shaker High English teacher on Saturday, Oct. 1.

Marohn, who was living in Delmar taking care of her father, went missing in late March after a trip to the Berkshires in Massachusetts. Her vehicle was found near a trailhead at the Longcope Park in Lee. A massive search was conducted involving authorities and volunteers from two states but she wasn’t found until six months later, on Sept. 1.

Berkshire County District Attorney Andrea Harrington is not commenting on the cause of death.

She was on leave from her position at Shaker, but in May colleagues and students held a vigil at the high school and her family had offered a $50,000 reward for any information leading to her whereabouts.

Her obituary, published on the Times Union website, says she graduated from St. Thomas the Apostle grade school, the Academy of the Holy Names and Russell Sage College and earned a master’s degree in education from Fairleigh Dickson University. In addition to teaching at Shaker High, she also taught English at Chatham High School in New Jersey.

She is remembered — at the vigil and in her obituary — as being a poet, an activist and an environmentalist. She started the Troy Poetry Project and was involved with the Sanctuary for Independent Media in Troy. At the vigil, her students remembered her as being a compassionate educator who had a particular affinity for students who may not have fit in with the mainstream.

She is survived by a number of family members including her father, William, and her siblings — Peter Naple, Amy Naple, Bill Marohn and Michael Marohn.

Calling hours are on Saturday, Oct. 1 from 1 to 4 p.m. at the Daniel Keenan Funeral Home located at 490 Delaware Ave. All are invited. A celebration of life will take place at a later date.

In lieu of flowers, the family suggests donations in her honor be made to the Sanctuary for Independent Media at mediasanctuary.org; the Berkshire Mountain Search and Rescue, 16 Newark St., Adams, MA, 01220, Poem-A-Day, Academy of American Poets at www.Poets.org. or Extinction Rebellion: Capital Region (xrcr.life) by Cash App $LarissaBorglum.

Online condolences may be offered at danielkeenanfuneralhome.com.

The Hollowed Harvest has returned to the Altamont Fairgrounds