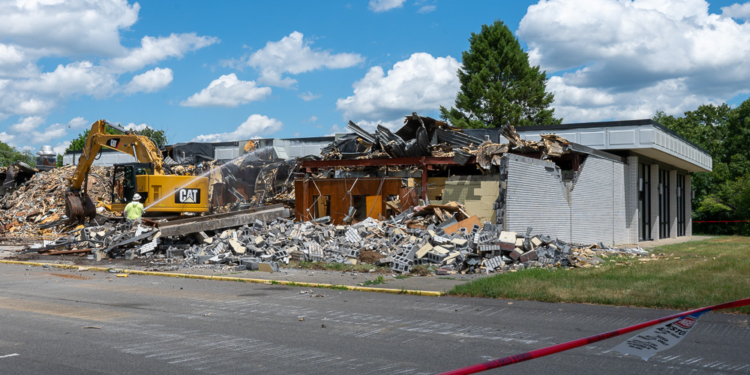 LATHAM — The Elks Lodge on Watervliet Shaker Road is coming down and in its place is an already approved 99-unit building geared for affordable senior housing.

If everything goes according to plan, said Colonie Senior Service Center Executive Director Diane Conroy-LaCivita, ground will be broken by the end of this year and the doors could be open as soon as a year later.

Right now CSSC and the town are negotiating a Payment In Lieu of Taxes agreement that will, in part, determine how much rent CSSC will charge.

“Because this is a non-profit, and we are mission driven, our intent is to build affordable but we have to be able to afford to build affordable,” Conroy-LaCivita said. “We are somewhat unique, because there are quite a bit of lower income or subsidized housing and there are market rate income properties available but there are very few affordable units in the Town of Colonie.”

At King Theil, a CSSC facility which opened on the site in 2017, rents are not more than 20 percent of a person’s income and residents cannot make more than about $60,000 a year. It is restricted to those 55 and older.

CSSC will pay the town $176,000 to modify a Planned Development District that already exists on the site for the 96-unit King Theil building. The new building will follow the King Theil design, with some modifications, and the two buildings will share services and amenities.

The Elks pavilion will remain standing, Conroy-LaCivita said, and will be used to host programming for CSSC residents and the community at large including bingo, square dances and clambakes.

The Colonie Elks voted to sell the building and the land to CSSC and merge its organization with the Elks in Watervliet at their home in the historic buildings on Fourth Avenue.

“It’s bittersweet. I’m an Elk and both of my parents were incredibly involved with the Elks,” said Conroy-LaCivita. “I grew up right down the road. That elks were the center of people’s lives. It is where people celebrated and congregate and volunteered together and it represented a true sense of community. It is sad to see it go.”

But, she said there is also a tremendous need for affordable senior housing in the Town of Colonie. All three CSSC buildings are at capacity — King Theil, Beltrone Living Center and Sheehy Manor have a combined 396 apartments — and there is a years-long waiting list for most apartment configurations.

According to the U.S. Census Bureau, 18 percent of Colonie’s nearly 84,000 people are over the age of 65. Two of the three buildings operated by CSSC offer apartments to those over 55 and while that demographic is not exact, it could represent as much as 25 percent of the town’s population.