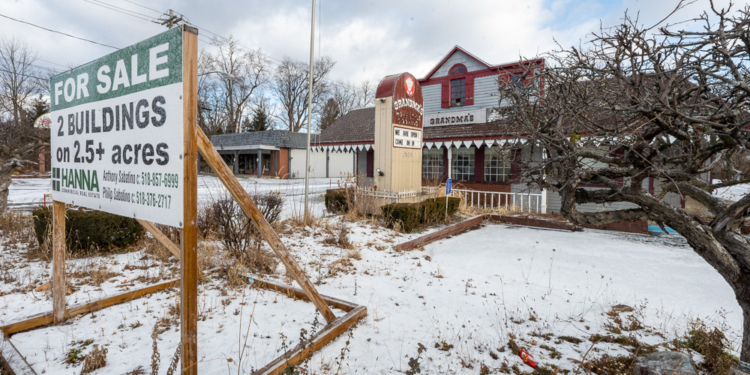 COLONIE — Grandma’s Pies has been sold.

According to a report in the Albany Business Review, the building at 1275 Central Ave. sold for $950,000 and includes the adjacent building that is leased to Parivar Grocery & Café.

In August, 2018, the iconic Grandma’s Pies was taken over by Alex Morales, who owns LaFiesta, a Mexican restaurant in Albany. It has been closed since the beginning days of the pandemic and was put up for sale.

Prior to Morales, Dave Houle and Ron Raylinsky, ran the restaurant since 2008 before closing the doors in July, 2018.

According to the Business Review, the buildings were sold to Harbalwant Singh, of HSB Ventures based in Saugerties. Singh owns beer and liquor stores and it is not clear what he will do with the restaurant.

The building was sold by Joseph Fagan, the owner of Ralph’s Tavern on Central Avenue, according to the newspaper.

Grandmas has been on Central Avenue since opening its doors in 1976. Famous for its pies — crowds flocked to the place for special occasions like Christmas and Thanksgiving — it had also offered a full breakfast, lunch and dinner menu.