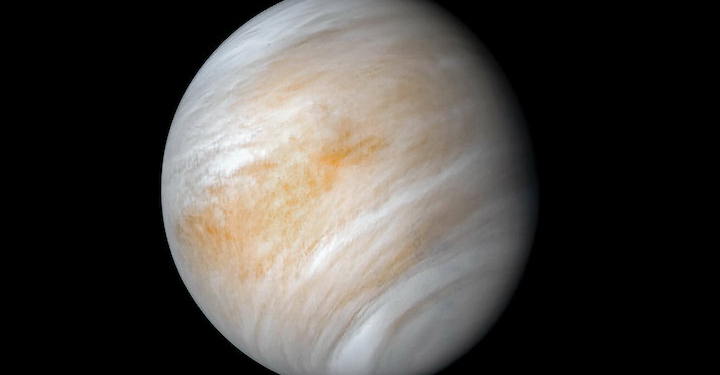 NISKAYUNA — GE researchers are aiming for Venus with breakthrough electronics and sensors on Earth, which could serve both planets in the future.

The Electronics and Sensing Team at GE Research has been awarded a three-year, $1.7 million grant by NASA through their High Operating Temperature Technology program to develop and demonstrate a self-illuminating UV imager that can withstand Venus’ extreme temperature and pressure environment to study the composition and structure of the planet’s surface and atmosphere. Click here to see an infographic of out-of-this-world innovations GE and NASA  have worked on to advance space exploration and advances here on Earth.

The agency’s HOTTech program supports the development of high-temperature electrical, electronics and electric power systems that significantly enhance space exploration and discoveries to high-temperature, harsh environments like on Venus.

The GE Research team will collaborate with researchers at NASA’s Glenn Research Center in Cleveland to develop and demonstrate the UV imager. GE researchers will develop the imager array, which gathers information about the material and mineral composition of the planet’s surface. NASA researchers will build the imager readout integrated circuit electronics, which processes information for transmission back to Earth. The imager readout electronics are based on NASA-developed advances in high-temperature electronics that operate for extended periods in Venus surface conditions. This work will also include testing in simulated Venus surface conditions at Glenn’s Extreme Environment Rig.

“This new UV imager will not only further the frontiers of space exploration, we believe it will push a new frontier of breakthrough electronics here on Earth that can function in the most extreme operating environments,” said Jim LeBlanc, technology director for Electrical Systems at GE Research. “Technology designed to survive and operate in planetary environments can also advance the state-of-the-art in our own world. That’s what this project is helping to do.”

LeBlanc cited possible applications in the defense space including unmanned vehicles, and hypersonic platforms. In the aviation and power sectors, more ruggedized electronics could enable sensors to be embedded in engines or power turbines in areas previously not possible.  This could allow those systems to have access to critical data that can provide insights to optimize for performance and reliability.

“As a leading developer and manufacturer of technology for jet engines and power generation turbines, we feel like operating on Venus falls right in our core area of focus,” LeBlanc said. “In fact, we’re already working today on developing new metals, ceramics and electronic systems that can withstand hot and harsh conditions nearly twice what would be experienced on Venus.”

The GE Research team plans to utilize its leading SiC packaging technology and 20-year photodiode production background to develop, fabricate and demonstrate a high-temperature sensor for the UV imager that operates reliably at temperatures hotter than Venus’ surface and atmosphere at 500 degrees Celsius.