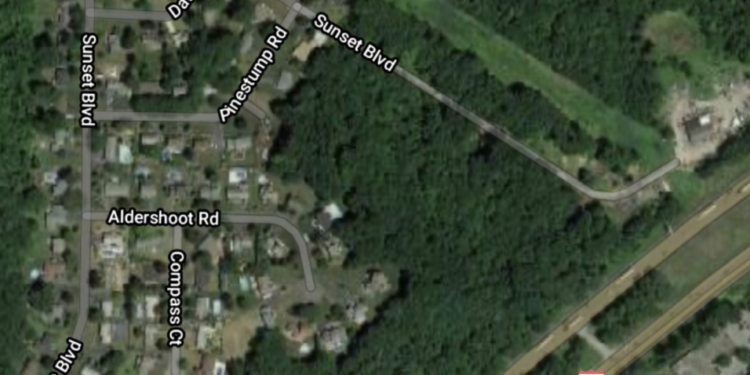 COLONIE — On the surface, it’s a cut-and-dry question. Is Empire Sealcoating permitted to operate its business in a residential neighborhood at the end of Sunset Boulevard or not.

Empire seems to think so, and hired attorneys to fight their case. The town seems to think not and two years ago revoked the company’s Certificate of Occupancy and issued a stop work order.

The decision is left to the Zoning Board of Appeals, and after nearly eight hours of a trial-like testimony — featuring witnesses and exhibits entered as evidence — it still has not heard the entire story. It is slated to reconvene the hearing on Oct. 13 and again, if necessary, on Oct. 27.

In 2009, Ed Person, a City of Albany firefighter, bought 200 Sunset Blvd. from John Cerone, a homebuilder, to use for a sealcoating and asphalt striping business. A decade later, the town revoked the CO and issued the stop work order based on neighborhood complaints and claimed he expanded the business beyond what the permit allowed.

The two sides, along with the village, have been trying to reach some sort of compromise but so far a suitable remedy remains elusive. Ideas include a land swap to move the company to a more suitable area or finding another access to Sunset Boulevard. Right now, from Sand Creek Road there is one way in and one way out and that is through the neighborhood where 120 people signed a petition urging officials to close the business down.

Adding a wrinkle, the yard is located some 1,600 feet down a dirt road off Sunset Boulevard and cannot be seen from the main thoroughfare. And it is located in the town while most of the homes along Sunset are in the village.

In 2020, while fighting to keep hs business open, Person drove to the site and committed suicide. His widow is operating the business now, albeit a scaled back operation, along with his former right hand man, Mike DePace.

Operating a commercial contracting business at the site is, unquestionably, a nonconforming use and has been since zoning was first established in that neck of the town near the village line. Essentially, it was grandfathered in, and if it were to return to a permitted use in the Single Family Residential zone, it cannot go back to a business without first applying for and obtaining new variance. It also cannot change use and become another nonconforming use, for example as a fast food restaurant.

It has, though, been used as a construction office/storage yard since the 1960s, when Cerone set up shop at the location along the Northway. Ironically, he built most of the homes along Sunset Boulevard where residents live who are now complaining about the hours of operation and the presence of large trucks on their otherwise quiet street.

Robert Cordell, who in his capacity as the town’s chief commercial building inspector, granted Person a Certificate of Occupancy in 2009. Under questioning by Empire’s attorney, Greg Teresi, he told the ZBA he was working for a mason in the 1960s who subcontracted for Cerone and he visited the site often. He knew what Cerone did back then, and knew what he did for decades following. Person intended to use it in the same manner as Cerone had for a half a century and that, he said, justified continuing the non-conforming use.

“Empire was allowed to do everything that the prior use was allowed to do. The nonconforming use was as a general contractor’s working and storage yard. That is what I went by every time I had to make a decision regarding that property,” he told the ZBA during day two of the hearing on Sept. 22. “Back in the 60s and 70s, when you were a developer, you had people who did everything. You went in and cleared the land and laid out the roads and laid out the pipes under the roads and you built the houses on the street. That is what Cerone did. He did everything you can think of a general contractor did on that site.”

At the crux of the town’s case is when Empire Sealcoating applied for the CO it told the town it would work four days a week, since Person was an Albany firefighter and did the sealcoating as a part time job. It would operate only during the day and only have equipment to sealcoat and stripe pavement after it was coated with tar to prolong the asphalt’s life. Employees would leave in the morning and return to the site at the end of the day

Over the next 10 years, the business grew and Person expanded to include a host of other work including snow removal, property maintenance, excavating and masonry. The town thought that it constituted an inappropriate expansion based on the original application and, in response to complaints by the residents, pulled the CO and issued a stop work order to Empire Sealcoating.

Typically, he said under questioning by the town’s attorney, David Rowley, a nonconforming use in a residential neighborhood are things like a fire station, a church, a school or a library. But, he said, the construction company was a pre-existing nonconforming use. When Cerone set up shop, there wasn’t any zoning regulations in that area and it wasn’t until 2007, when the town revamped its zoning and land use laws, it was designated SFR.

The hearing began on July 28 with the current head of the town Building Department, Wayne Spenziero, who revoked the CO in 2019 and issued the stop work order. He said he was operating under “the assumption it was the same type of business as John Cerone had. The use, all this time, was the same as it was all these years.”

He said he based his decision to revoke the CO and issue the stop work order on the direction of the town attorney’s office and on photos provided by the neighbors that showed large trucks coming and going at all hours of the day and night.

“As time went on we got complaints from the neighbors. They were complaining about the business and the traffic going in and out excessively. It was more than just a sealcoating business. He had other businesses going on. It wasn’t just during the day, it was constantly throughout the night,” he said. “It seems like the bulk of the problem was the hours of operation.”

On day three, Sept. 29, Mike DePace took the stand and explained what the company had been doing since it opened in 2009 and admitted the scope of operations did expand. But, he denied the neighbors claims of a steady stream of trucks going in and out of the site. When it snows, he said, trucks may come and go at night to plow and also when there is a commercial sealing or asphalt job but the traffic wasn’t steady.

“We may have 13 vehicles in and out combined on any given day so that would be six in and seven out,” he said. “They don’t go out all day long. It’s random hours. It could be any hour of the day. It could be two or three vehicle and it could be four or five hours without any vehicle or if could be a vehicle an hour.”

During testimony of Sept. 29, after Empire Sealcoating rested its case, Rowley called four neighbors to the stand for them to tell their story. All the complaints basically revolved around excessive truck traffic during all hours of the day and night.

“This business has tripled since 2009. Bob Cordell was covering his butt and should not have given them a variance,” said Mike Fusco, an Aldershoot Road resident who gave the ZBA the petition with the 120 signatures. “We feel like it is too big. We don’t like the trucks and we don’t like the dirt all over our houses. Our neighborhood is beautiful. It is for the good of one or for the good of many.”

“I look at this as a logical zoning issue. The reason zoning exists is we realized like things should exist together. We don’t put residential neighborhoods in commercial and industrial areas. Those two things do not mix,” said Gary Phillips, a Sunset resident. “There is a business trying to be a business. I understand. But, this business was offered to stay there under special conditions and what you do when you agree, you agree to certain conditions because you are not supposed to be there in principal. What we are dealing with, that business by its organic growth, violated those conditions.”

Some board members were clearly frustrated with the pace of the “trial” and the lack of some information they felt is relevant to the decision they will have to make regarding a long standing business in town that was suddenly told it could no longer operation.

“It doesn’t say what it is and a week later there is a revocation of the CO and it says the town has become aware it is not a legal nonconforming use? For hours and hours and days and days I can’t figure out why these two were issued by the town. Can someone tell me why those two documents were issued by the town,” said ZBA member Nick Viggiani. “At some point we need to get to that. I’m wondering if the decision from the town attorney’s office directing Wayne Spenziero was arbitrary and capricious and someone needs to prove it to me otherwise.”

Next week The Spotlight will talk to the Person family and check our story online about the Oct. 13 meeting in front of the ZBA.

County resident in their 50s dies from COVID; nearly three-quarters of those hospitalized not vaccinated