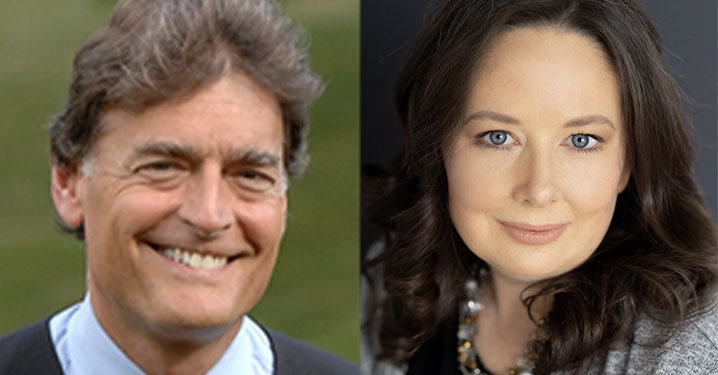 According to the latest financial statements due at the state Board of Elections by Friday, Oct. 2, Crummey, who gave up the robes to run for supervisor, began with a balance of $96,599. He raised another $71,965 while spending $46,834 for a closing balance of $121,731 heading into Election Day on Nov. 2. Early voting this year will begin Oct. 23 and run through Oct. 31.

His largest campaign expense appears to be the Fort Orange Press, where he spent more than $3,000.

“Nearly 500 individuals, families, labor unions and business leaders have thus far demonstrated their support for my unmatched qualifications and positive campaign,” Crummey said in a statement. “Such support underscores my capacity to bring all parties to the table on Day 1 in order to best serve our great Town of Colonie.”

The majority of Mateja’s contributions were $250 or less but the Political Action Committee of Assembly Speaker Carl Heastie donated $1,000, Assemblyman Phil Steck donated $500, Robert Mateja, her husband, contributed $1,000 as did Marcia Spada. Richard and Diana Ostroff contributed $1,000 each.

“Our campaign has all that we need to deliver our message on the issues voters care about: improving our roads, infrastructure, and planning process, and making town government the most responsive it’s ever been,” she said. “And we know voters would rather their political leaders spend more time on doorsteps in conversation on these issues than on phone calls with donors.”

The two are vying to replace Supervisor Paula Mahan, a Democrat who opted to not run for an eighth term.

More than $10,800 are from the candidates running for office, most of whom gave $1,108. David Green, who is running to keep a seat on town court donated $3,308. The Town Board appointed Green to fill the vacancy created when Peter Crummey stepped down to run for supervisor. New Castle Asphalt contributed $1,000 as did Sheriff Craig Apple and Noreen Fisk.

The largest contribution came from Crummey, $5,000, and its largest expense was a contribution to the county GOP, $6,000.

Her largest contribution, $1,000, came from a family member, Patrick Jeffers. Her largest expense was a contribution to the town Democratic Party Committee, which was returned as an “in kind” service to her campaign, according to the filings.

Her largest contribution, $257, came from Peg Olsen while her largest expense, $5,000, was to Deep Blue Politics, a consulting firm based in Rochester but with strong ties in Albany.

Alvin Gamble, the third Democrat on the ticket, did not file a 32-day pre-general disclosure statement.

Three Republicans are making their first run at public office.

His largest contribution, $1,111 came from Michael Smyth and his largest expense, $923, was to Awards by Walsh. He loaned his campaign $500.

The majority of her contributions were less than $300 with the largest, $2,093 coming from John Dinuzzo. Her largest expense, $1,782, went to Blu Stone Bistro.

In what has not been seen in recent memory, there are six candidates vying for three seats on the Town Court bench.

There are three incumbents but only two have been elected as a judge, Andrew Sommers and Norman Massry. David Green, the third judge currently servicing, was appointed by the Town Board earlier this year to fill the vacancy created when Crummey opted to run for supervisor.

He loaned himself $20,000 and there were a handful of $1,000 checks cut to his campaign including from Karen Green, Michael Petsche, Frank Scheu, Gretchen Scheu, John Vellano and Mario Abate while Hannoush Jewelers contributed $1,500.

She loaned her campaign $5,000 and $1,000 contributions from Stewart Jones, Richard Miller and Joyce Tate and Darren Donohue.

He had a handful of $1,000 contributions including from Brian Flanagan, Robert Reilly and the law firm of Stewart Jones. His loaned himself $5,000 and one of his larger expenses include a $1,851 payment to Behan Communications.

Two Republican incumbents — Town Clerk Julie Gansle and Receiver of Taxes Michele Zilgme — are contested this year by Democrats Galen Heins for clerk and Leroy Robinson for receiver of taxes.

Heins did not file by the Oct. 2 deadline.

SPOTTED: Colonie volleyball Pinks out the Gym and sweeps Bethlehem in three sets