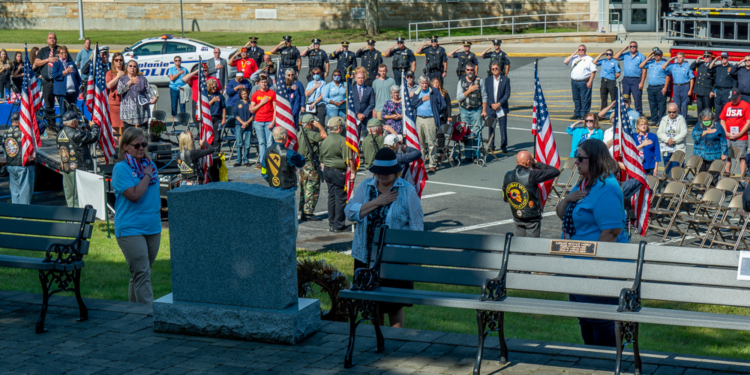 A number of ceremonies were held around the Capital District on Saturday, Sept. 11, to commemorate the 20th anniversary of the Sept. 11, 2001 terrorist attacks on the U.S.

At the Albany International Airport, representatives from American Airlines laid a wreath at the monument outside the main terminal. The CBA honor guard presented the colors and speeches were had by Sheriff Craig Apple, Albany County Executive Dan McCoy and airport CEO Phil Calderone.

Donna Abare, president of the Blue Star Mothers of America, Lorraine Clark-Lovell and Town Board member Melissa Jeffers spoke while representatives from the Fuller Road and Midway fire departments as well as a number of Colonie police officers were present.

At the state Division of Military and Naval Affairs headquarters on Wade Road, 2,977 American Flags were placed on its front lawn, one for each person killed during the worst terrorist attack in this country’s history.

What to expect when remodeling your kitchen – A Homeowners Guide