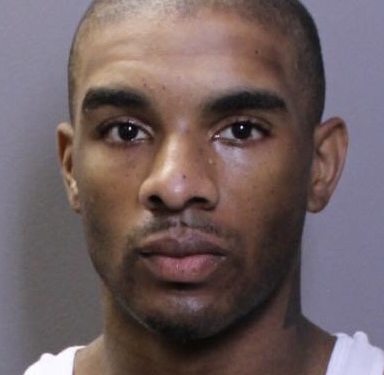 COLONIE – A 26-year-old Schenectady man was arrested on Monday, July 5, for at least the 17th time this year and charged with stealing a truck full of tools from a hotel parking lot.

Khalil Q. Hankins was arrested at the Spring Hill Suites on California Avenue and charged with the two felonies of grand larceny and the misdemeanor of criminal possession of a controlled substance for allegedly having methamphetamine on his person.

He was given another appearance ticket in Colonie Town Court and was turned over to another department on an active warrant for his arrest.

According to Colonie Lt. Daniel Belles, the truck Hankins allegedly stole was valued at $67,000. The truck has not been recovered.

It is the ninth time Colonie police arrested Hankins this year on charges including robbery, false personation, possession of stolen property, drug possession, ID theft and larceny. He was also arrested by at least eight other local agencies on a variety of similar charges.

“Based on this incident, along with the recent arrest history of this defendant, it is possible he has been involved in other criminal activity in the Capital Region,” Belles said.

In June Hankins and an acquaintance were arrested for stealing items from a number of hotel rooms in the area. Colonie police arrested the acquaintance, 21-year-old Ava C. Maddalla, of Schenectady, seven times this year on charges including robbery, false personation, possession of stolen property assault and larceny. She was arrested by at least four other agencies in 2021, Belles said.

Anyone who may have witnessed the latest theft or anyone who has information relevant to the ongoing investigation is asked to call the Colonie Police Investigations Division at 518-783-2754. To report a tip anonymously, call Capital Region Crimestoppers at 1-833-ALB-TIPS or visit capitalregioncrimestoppers.com