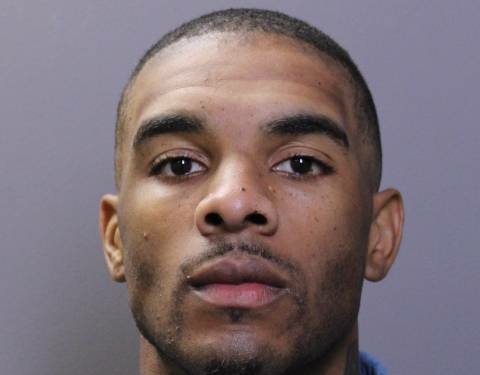 COLONIE — Two people arrested 27 times this year were arrested again for allegedly stealing items from a room at the Home 2 Suites on Metro Park Road.

According to Lt. Daniel Belles, police responded to the motel on Tuesday, June 1, at around 4:30 a.m. to answer a report of a burglary.

The victim, who was asleep in her room, was woken by someone entering the room and stealing a purse, a wallet and various items of clothing.

The responding officers located three suspects who were staying in a neighboring motel room. After executing a search warrant on that room and their vehicle, the stolen property was recovered for the victim.

In addition, evidence recovered implicated the three in a burglary that occurred in the same motel the previous day. From a different motel room, the three allegedly stole a laptop, a passport and other items.

He was arraigned in Colonie Town Court and given an appearance ticket. He was then turned over to another agency on an active warrant for his arrest.

Ava C. Maddalla, 21, of Schenectady, stands charged with the felonies of burglary, grand larceny and criminal possession of stolen property for the latest burglaries.

Belles said Colonie police arrested her seven times in 2021. Charges include robbery, false personation, possession of stolen property, assault and larceny. She was also arrested by at least four other local police agencies since January.

She was arraigned in Colonie Town Court and remanded to the Albany County jail on $2,500 bail.

A third person — Peter Pastore, 28, of Colonie — faces two felonies of criminal possession of stolen property for the latest motel burglaries. He does not have a known criminal history, Belles said, and he was arraigned in Colonie Town Court and given an appearance ticket.

Belles said so called bail reform passed by the state Legislature is one reason the “crime spree” of Hankins and Maddalla was allowed to continue for so long.

“All of the previously mentioned incidents/arrests in the Town of Colonie have taken place at motels. Please be vigilant if you are visiting a motel in the town, and please make efforts to safeguard yourself and your property,” Belles said. “Limited options at the time of arrest/arraignment have often resulted in the defendants being released with appearance tickets. This has proven to be an obstacle in our Department’s effort to end this duo’s alleged crime spree.”

Based on this incident, along with the recent arrest history of two of these defendants, it is possible that they have been involved in other criminal activity in the Capital District, Belles said. Anyone who may have witnessed this incident, knows something that might be relevant to this investigation, or who has knowledge of other criminal activity that these individuals might be involved in are asked to contact the Colonie Police Investigations Division at 518-783-2754.

To report a tip anonymously, call Capital Region Crimestoppers at 1-833-ALB-TIPS, or go to capitalregioncrimestoppers.com.

One dead, one injured in head-on Glenmont crash