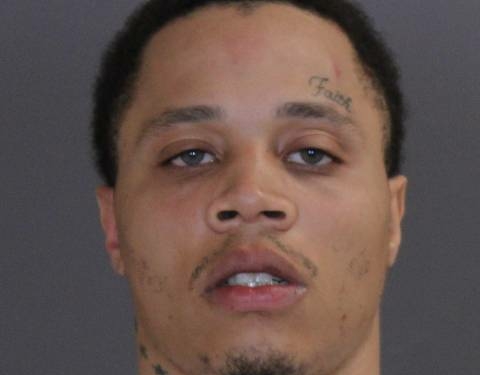 COLONIE — A 27-year-old Albany man was arrested on Wednesday, May 26, on weapon possession charges after he was found hiding under a car.

According to Lt. Daniel Belles, police were called to the area of Central Avenue and Osborne Road at around midnight for a report of an altercation between multiple individuals.

When police arrived at the scene, one person fled on foot and hid under a car. It was later determined Kevin Jackson, while running away, threw a loaded gun into a residential backyard near where he was taken into custody.

“Due to the quick response and thorough investigation by the responding officers, including Officer Thomas Haacke, this defendant was safely taken into custody and an illegally possessed firearm was taken off the streets, possibly preventing future violence,” Belles said.

Jackson is charged with the felonies of criminal possession of a weapon and tampering with physical evidence as well as the violation of harassment.

He was sent to the Albany County jail pending court action.

If you were a witness to this incident, or know something that might be relevant to this investigation, please contact the Colonie Police Investigations Division at 518-783-2754. If you wish to report a tip anonymously, you can call Capital Region Crimestoppers at 1-833- ALB-TIPS, or go to capitalregioncrimestoppers.com.