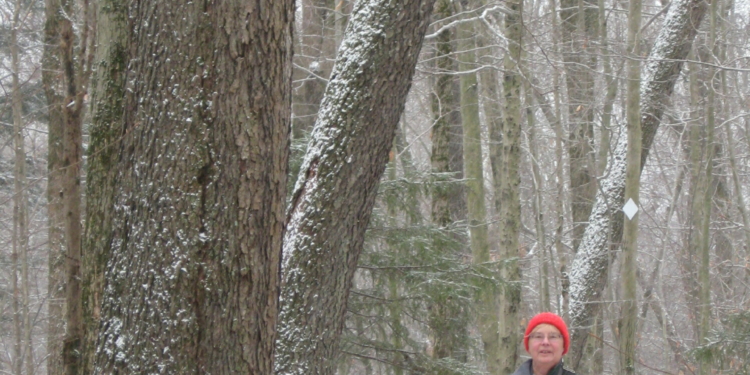 ALBANY — Getting lost on a trail is easy.

Diane Kavanaugh-Black and Carole Fults know this. The walking partners, who have been tackling trails and woods together for close to a decade, have a goal to walk 500 miles together. In 2020, they hit the 420 mark. While their soles hit the dirt, words flow from them like water from a stream, creating miracles beyond the woods’ vibration.

Kavanaugh-Black and Fults are the authors of “A Walking Friendship: The First 500 Miles,” which will be released on June 11. Right now, “A Walking Friendship” is in pre-order, with the ability to snag a copy of the under-100 paged masterpiece on Book Baby, Barnes and Noble or Amazon. The book centers around walking in Partridge Run, a wildlife preserve in Berne. While it’s not the only place the outdoor enthusiasts traverse, it became the canvas of one of their most impressive journeys.

The book isn’t your typical novel. Unlike many works, “A Walking Friendship” is heavy on the photography — which is fitting, since both women are fans of the lens. Photos grace over half of the book’s pages depicting various discoveries on their journeys: bear scat, frozen leaves, frogs, trail heads, treacherous hills. Each photo corresponds with a short essay or poem in the book. None of the works are longer than four pages, giving the reader plenty of freedom to pick up and read at their leisure.

“For me, the process of writing is the process of listening,” Fults said. “Diane and I met in a writing group and we’re always putting pen to paper. When I walk, the words come. Putting these pages into a book just felt like the natural progression of both our walks and who we are as writers.”

Kavanaugh-Black agreed; she’s always listening for what nature is telling her. Both women firmly believe to observe the woods is to inherently be observed, something many forget when they brazenly walk into some of nature’s most untouched locations. Life in all forms is present in all places, even if human beings aren’t settled.

“These walks help me process what is going on in my life and the various things around me,” Kavanaugh-Black said. “I often really can’t grasp how I’m feeling about something until I put it on paper. Writing is my way of making sense of the minutiae of the world.”

Kavanaugh-Black and Fults are close friends. Both said they were committed to their friendship beyond the publication of the book, an agreement they made before they started getting into the business of publishing “A Walking Friendship.” They first started gathering materials about three years ago; Kavanaugh-Black said Fults, in her confident fashion, is the reason the pair finally pulled the stops and decided to release now. Fults’ ability to get stuff done, without sweating the small stuff, is something Kavanaugh-Black, a self-admitted anxious person, said she admires about her good friend.

“Watching Carole in the woods is amazing to me because she has this wisdom and calmness to her,” Kavanaugh-Black said. “When we get turned around, she’s the one who assures us we are still intrinsically safe. Writing some of these stories and sitting back, I was able to laugh at the differences of how Carole and I handle things and how wound up I can be.”

An example of their differences is in the root of a worn-in trail. Fults like to walk off the beaten path — literally — because magic lies just beyond the boundaries of human touch. Kavanaugh-Black is more rigid; she likes the paths. They’re safe, they’re marked and there’s a reason for them.

The compromise? One time, the women stepped off the path toward an unnamed pond. It was one of the many times Fults pushed her friend to color outside of the lines.

“I think what makes us work so well as friends and as walking partners is because we are so different,” Fults said. “Diane is amazing with small details and precision. I cannot stand any of that. She’s the mapkeeper and the one that deals with absolutes.”

As veteran trail travelers, both women acknowledge the beauty of Partridge Run while cautioning the advanced nature of its paths. Partridge Run isn’t quite like The Crossings in Colonie; it’s much larger and you’re a lot less likely to run into other people on its 600-plus acre grounds. The bugs are unforgiving during the summer months, which keeps the two away from the preserve during the hottest times of the year. It’s also an avid hunting spot; when walking the trails during the season, it is imperative bright clothes are worn, trails are strictly adhered to and guests make plenty of noise as they travel through. Fults and Kavanaugh-Black acknowledge they’ve had quite a few close calls at Partridge Run with animals and anything else they can think of.

“It’s imperative in any place you walk, you take the time to notice and be receptive to what is happening around you,” Kavanaugh-Black concluded. “Not just what humans are doing, but what are the other forms of life doing? Having someone with you to experience those observations makes it so much better.”