by Jim Franco
in Community, News
0 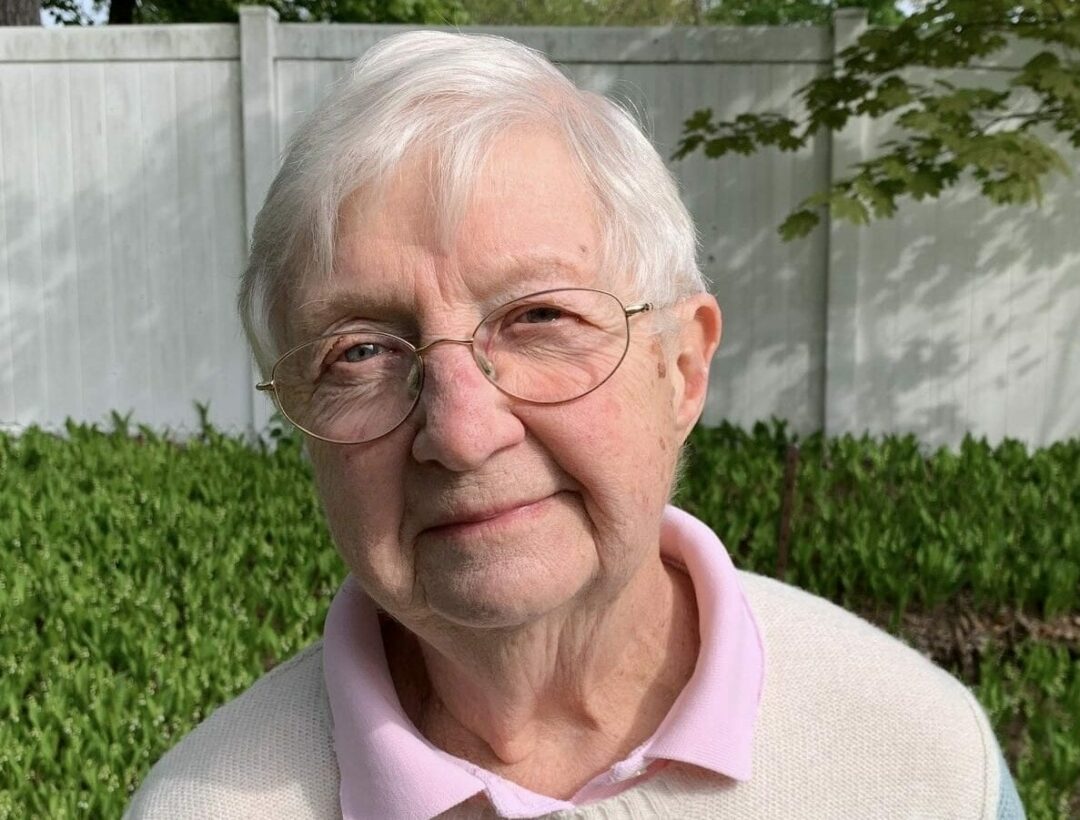 Francia McCashion has lived in Colonie for 56 years. She has been a substitute teacher and tutor at the South Colonie School District since 1971, is a charter member and one of the residents being the formation of the town Historical Society, and has served on the town Conservation Council, the Sign Review Board and the Planning Board. She is on the Shaker Heritage Society board, the Pruyn House board and is a member of the Capital District Civil War Round Table. She is also a charter member of the state Archeological Association, a former Hudson Valley Girl Scout Council group leader and trainer and has been active at the Our Lady of Mercy, now Christ our Light, church since 1965.

Q: How do you think the town is doing and what could it be doing better?

A: There is more traffic than when I first moved here. I am hopeful the town will keep a focus on managing its open space. The Crossings park, for example, has been a great addition with a wonderful playground for children. The town library has remained an asset to the community since its opening, with great resources and programs benefitting people all over the area. The town continues to offer many employment and career opportunities for young people. Many students I tutored found jobs and have made homes in the area. I would like to see more attention given to making improvements in the commercial corridor on Central Avenue and the neighborhoods in areas between the Northway and the Albany city line. More control of the speed of traffic on the residential streets that connect busier routes like Central Avenue and Sand Creek Road would make walking and biking safer and more enjoyable. Overall, I think the town is doing well.

Q: What do you think of the state of politics today, nationally, and locally, and how has it changed over the years?

A: It has become more volatile, both nationally and locally. It’s also less personal. In the past, candidates went door to door and spoke to all residents. Now they tend to focus only on party members. I supposed a lot of campaigning is done online, but there are still many voters who don’t follow politics online and might be more engaged if they could read a candidate’s platform on paper or meet them at the door, especially those not enrolled in a party. Voting numbers have gone down, this may be because the unenrolled are less informed. Today, people seem to define others by their party choice rather than what they have to offer as individuals. There is more emphasis on belonging and being active in a party on the local level, than previously. Unfortunately, that even seems to extend to our youth. Young people used to be given job opportunities at the town based on their interest and ability, not what party their family is affiliated with. It’s an attitude I’ve heard expressed and one that is limiting. Instead, if you provide any young person with a job at the town and set a good example when they can vote, they may join a party.

Q: You spent a lot of time volunteering in organizations that focus on our history. Why do you think it’s important that we preserve and study our past?

A: It is important for people to know and understand the area where they live and how and why things have developed. People tend to care more about the community if they have a connection to its history. For example, Route 9 which extends through Colonie was a main route from the north since before the Revolution and Route 5, also through Colonie, has been a connector route between Albany and Schenectady for even longer. Churches and fire districts traditionally have held events and fundraisers that were open to the whole community and incorporated ethnic traditions that have added to the cultural history of Colonie. History of the area can raise the curiosity of both young and old. Why is that large house in a development of smaller houses (the original farm)? Why is the library named William K. Sanford (a former supervisor)? Why do we call this area Roessleville (named for an early settler, Theophilus Roessle, who farmed there and wrote about the celery he raised)? For students and adults these questions can peak interest, lead to research, and result in greater knowledge and understanding of the world around them. Knowing how an area has developed over time gives you a better sense of where you come from and how you fit into it. If we don’t know our history, we’re doomed to repeat it. The strength of our future is dependent on our understanding of the past.

Q: Your son, Kevin, has a radio show called Road Rage on Talk 1300. While listening, do you find yourself laughing, cringing, or nodding and why?

A: Equally, all three and I admire his passion and creativity. I laugh at his and his crew’ antics. I enjoy their animated discussions on the show. He has always been entertaining as the youngest member of the family. He was reading Time magazine at age 5. It’s been interesting to see him lead the discussions on the radio. I feel they’re providing thought provoking insights to the listening public. Occasionally I cringe at his negative attitude or when I feel he hasn’t quite gotten the facts right. Some days, there is a lot of yelling and shouting. He can get overly excited about some injustices, but that’s the point of the show. I do nod in agreement sometimes. I have yet to nod off.

Q: Who is one person, alive or dead, you would like to have lunch with and what would you talk about?

A: I would enjoy having lunch with my late husband, who died nearly 29 years ago. I can imagine us having a picnic in a cemetery researching gravestones. We might talk about the changes over the years, our grown children, the busier town, and today’s intense politics, also the organizations we belonged to including Colonie Historical Society, Capital District Civil War Round Table, Shaker Heritage Society, and Pruyn House. They have all become more vibrant and active. They were all small organizations when he died in 1992, but all have grown and continued to offer exceptional educational opportunities and programs that enrich our community. He would be pleased to know local history still has a prominent place in the Colonie.