UPDATED: Loudon Road Walmart locked down after man with a pellet gun tries to steal cars 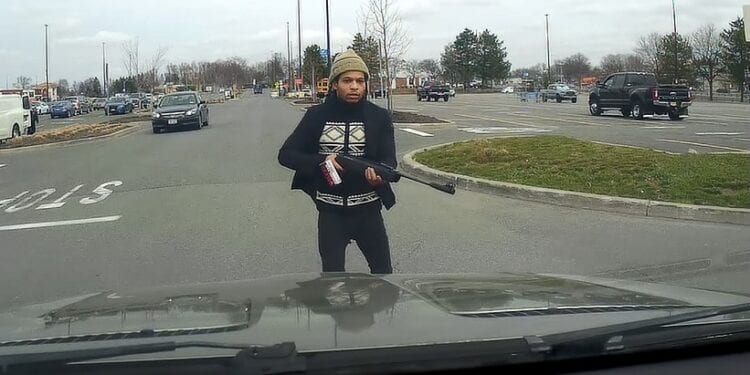 LATHAM — The Walmart on Loudon Road was thrown into lockdown on Wednesday, March 31, after a 25-year-old Utica man stole a pellet rifle and pointed it at a number of people who thought it was a real weapon.

Daquan D. Forehand was released from the Oneida County jail earlier in the day after making bail. He had been incarcerated since March 7 on domestic violence charges, said Colonie Lt. Daniel Belles.

Forehand was shopping with family members and looking at the pellet rifle when he grabbed the gun from a store clerk and ran through the store into the parking lot, Belles said.

At around 12:20 p.m. police received a number of 911 calls about a man near the Walmart carrying a rifle. Witnesses and police through the pellet rifle was real.

“These calls initiated a large scale response from the Colonie Police Department, and the individual was quickly located on Route 9, under the Latham Traffic Circle overpass.” Belles said. “After a brief struggle, the defendant was safely detained.”

Lt. Henry Rosenzweig and officer Michael Sbardella were the first to engage Forehand. A number of officers sustained minor injuries, scrapes and bruises, while taking the man into custody.

The man was initially brought to Albany Medical Center Hospital for a physical/mental evaluation, but as of Wednesday evening did not appear to be seriously injured, Belles said.

No civilians were injured in the incident and police “showed tremendous restraint, being able to safely detain this individual using minimal force, in a chaotic scene where the use of deadly physical force would have been justified,” Belles said.

Wal-Mart security put the store into a “lock down” while the incident unfolded, but it was lifted shortly after the individual was taken into custody.

Forehand is charged with the felonies of attempted robbery, menacing a police officer and grand larceny as well as the misdemeanors of resisting arrest, criminal possession of a weapon, menacing and petit larceny.

He was arraigned in Colonie Town Court and remains in custody at Albany Medical Center Hospital under the supervision of the Albany County Sheriff’s Office.

BETHLEHEM LIBRARY: A pandemic year by the numbers